Doxies are one of the most popular pet breeds in the world. So, it’s only logical to wonder when is National Dachshund Day and how to celebrate it? Getting some hot dogs is the obvious part, but what more is there to it? Let’s take a look at that as well as all the great reasons to celebrate having Doxies in our lives.

When Is National Dachshund Day?

In the US, National Dachshund Day is typically celebrated on June 21. The day is getting more and more recognition throughout the world too, including in Germany – the dachshund breed’s homeland.

June 21 can seem a bit arbitrary at first. Is this the date the first dachshund dog was bred? After all, some people do speculate that Doxies were first a crossbreed between miniature French pointers and pinschers. Or, is June 21 significant for the Doxie breed in some other way – a dachshund winning a dog show or something of that sort?

Not at all. June 21 is celebrated as the National Dachshund Day because it’s the longest day of the year in the Northern Hemisphere. And since Doxies are the longest dog breed proportional to its size, it stands to reason that we’d celebrate these dogs on June 21.

Are There Other World/International/National Dachshund Days?

You can find several dachshund days if you do a quick Google search but the most widely accepted date remains June 21, both in the US and abroad.

Some people cite June 22 for when is National Dachshund Day but their reasoning is the same – the longest day in the year. We also saw a few references to March 25 but nothing conclusive enough to confirm it.

It’s also easy to get confused with National Hot Dog Day which is celebrated on the third Wednesday of July (e.g. July 20, in 2022). However, that date refers to the actual edible hot dog and not our non-edible pets. Granted, nothing’s stopping you from celebrating that too as a second National Dachshund Day. Maybe share a hot dog with your hot dog? 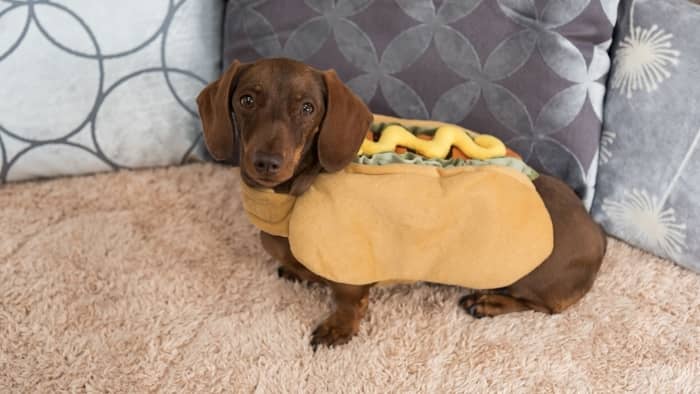 Learn more about: Who Is The Longest Wiener Dog In The World?

There are many reasons to celebrate the gift of having Doxies in our lives. For example, this unique breed was the first-ever Olympic Games mascot! It was in the 1972 games in Munich, Germany that the dachshund Waldi was immortalized as the Olympic mascot by the German designer Otl Aicher.

The reasoning behind that decision was that the dachshund breed comes to us from Germany. It is believed to be approximately 6 centuries old and a cross between mini French pointers and pinschers. These dogs were used as scent hounds for centuries. They helped hunters go after badgers, foxes, and rabbits alike. In fact, the name dachshund means “badger hound” in German.

At the same time, many speculate that the origins of the Doxie breed are different. There are many ancient Egyptian hieroglyphs and images engraved onto the walls of tombs and temples, portraying dachshund-like dogs. Such images have led to the theory that the short-legged breed was first bred in Egypt.

Then, through the Roman Empire’s invasion, the breed made its way into Italy and Central Europe. The next step to Germany is easy to imagine. After all, the country did fancy itself the spiritual ancestor of the Roman Empire for centuries. So, it is possible that dachshunds are much older than 600 years – a long dog with a long history!

As curious as such historic musings are, the main reason to celebrate National Dachshund Day is the simple fact that dachshunds are awesome dogs and phenomenal pets.

It pains us to say but the dachshund breed isn’t as decorated in dog show competitions as we’d like. For example, Doxies have never won the Best in Show prize at the very prestigious Westminister Kennel Club Dog Show.

Doxies have won the Hound Group at the Westminister and have been finalists in the purebred pageant but they have never won it. One such recent example is Burns, the Longhaired dachshund from the 2019 competition – won the Hound Group but couldn’t grap the Best in Show.

Similarly, a dachshund has also never won The National Dog Show. The same goes for most of the major dog show competitions. Still, there are some happy exceptions.

For example, in 2020, Maisie, the Wirehaired Dachshund, won Crufts. This is the largest dog show competition in the world and it’s been going on for over a century – since 1905. In 2020, Maise beat 26,000 other canines to become the first dachshund to win Crufts since the show’s inception.

Still, even though Doxies aren’t exactly the fastest, strongest, or most agile dogs out there, and even though they are often discriminated against in the “Beauty” categories, they do take our prize for the best pet out there. And they are certainly fan-favorites by almost always being in the Top 10 of AKC’s most popular dog breed ranking.

How Can You Celebrate National Dachshund Day?

It’s one thing to figure out when is National Dachshund Day, but the next step is to figure out how to celebrate it. If you’re to ask your Doxie, the answer would be “With treats, of course!” And that’s certainly a way to go. You may be tempted to make those treats hot dogs or sausages but we’d advise against giving your wiener dog more than one or two bites. Processed food is just not good for dogs.

Giving your dog a few dog treats is always a good idea, however, especially when coupled with a long trip and playtime in the dog park. After that, you can set up a nice barbeque with sausages for some of your two-legged pals. Or, maybe make some corndogs? Either way, any wiener-related pun goes on June 21.

After that, you can finish the extra-long day at home with a new toy for your Doxie and a nice cuddle on the couch – just as your pet would prefer.

Read more about: Dachshund Loyalty To One Person 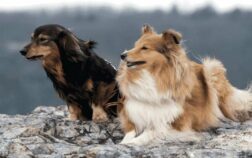 Last Updated on December 5, 2022 by Guillermina A litter of sheltie dachshund mix puppies is a truly adorable sight! These little bundles of … Read More 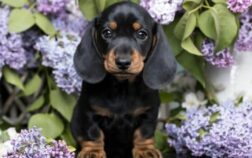 Last Updated on December 5, 2022 by Guillermina We’ve all heard of standard and miniature dachshunds, but what is a tweenie dachshund? And how … Read More