If this is your first time owning a Doxie, you’re probably wondering what are the 6 dachshund puppy growth stages and what to expect from them. This leads to quite a few key questions, such as when will your dog start settling down, when are some of the more significant health risks going to start being a concern, and more. So, let’s go over all 6 dachshund puppy growth stages and their main characteristics.

We can divide the dachshund puppy growth stages in several different ways. Most simply look at the big three – puppy, adult, and senior. There’s more to puppy growth than that, however, so let’s take a deeper look at each part of a dachshund’s life.

The newborn stage can itself be divvied up into a few dachshund puppy growth stages:

A puppy that doesn’t eat milk and electric heating pads anymore is officially not “a newborn” anymore. Instead, it gets into the age of roaming around the house, getting into constant mischief, and having to go through potty training, crate training, socialization, obedience training, and all that other fun stuff.

Naturally, this is the most chaotic part of a dog’s life, and dachshunds are as willy as all other dogs at that age. This period typically starts at the 8th week and goes till around the age of sexual maturity, i.e., somewhere between the 6th and 12th month of the dog’s life. For Doxies, it usually happens around the 8th or 9th month. This is also about when they start growing in size (at least in height and length) and is also when you should start considering spaying/neutering.

A dachshund may become full-grown before the first-year mark, but they don’t become an adult around sometime between their 18th and 24th months. Putting on a bit of weight is still acceptable here, even though the dog has stopped growing in height and length. It’s important to make sure this “filling up” doesn’t turn into going overweight, however.

These “teen” months of a pup’s life are arguably one of the most fun periods – the dog should be properly potty, crate, and obedience trained at that point, it should be spayed/neutered, and it should have become a relatively well-behaved young adult. At the same time, it should still be a lively little puppy that prefers to spend every waking second playing and having fun.

The period between the second and the fourth year of a dachshund’s life is considered the yearly adulthood. We could just merge that with the late adulthood period, but we feel there are some distinctive differences between the two. A Doxie in its first adult years will often still have some puppy tendencies, will be more physically active than a mid-to-late adult, and should be quite healthy. 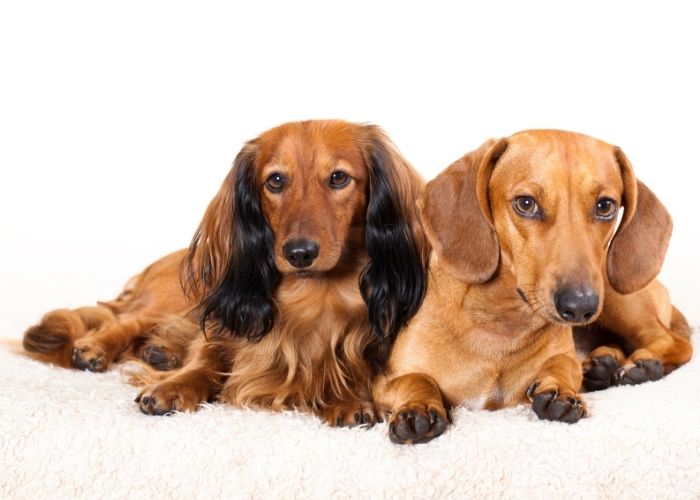 The 4-6 years are considered the late adulthood for dachshunds. It’s perfectly normal for a dachshund to start getting noticeably more laid back in this period and to start prioritizing rest and cuddles over playtime. Also, there are some possible health concerns you’ll need to be wary of in this period.

This isn’t to say that they will suddenly start getting sickly in this period, but you should really start looking more seriously into your dog’s health and prevention from that point on. For example, letting a Doxie puppy run and jump around is one thing, but it’s a smart idea to put on some ramps for an adult dog if you want to avoid having to deal with Intervertebral Disc Disease (IVDD) later on.

Most people get a little shocked when they hear that the dachshund’s “senior years” start around the 6-7-year mark. After all, these dogs live up to 16 years on average and even up to 20 years with extra good care. This means that they go through over half (or up to two-thirds) of their life as senior dogs.

This doesn’t necessarily mean that they’ll be saddled with health problems for the majority of their lives, however, or that they won’t live “full lives”. A senior dachshund can be both healthy and happy if you make sure that you’re giving it enough and measured exercise, that you’re feeding it well, you’re protecting its back from injury, and you’re not skipping the routine vet check-ups.

All in all, the dachshund puppy growth stages are pretty much in line with what you’d expect from any other pup. Doxies spend extra time in their senior years, but that’s only because they live longer than most other breeds. Other than that, just take good care of your dog, and you’re in for up to two decades of fun and great companionship!

When do dachshunds stop growing?

On average, most dachshunds will stop growing around 8 or 9 months of age. They can continue growing a little bit up to their first birthday but that’s rare. They will continue “filling up” for a while, of course, which is normal as long as you’re not letting your dachshund become overweight.

Is there a difference between a short haired and long haired dachshund full grown size?

Not really. Short/smooth, long, and wire haired dachshunds all come in the same sizes. All three coat varieties can be standard, mini, or toy sizes. 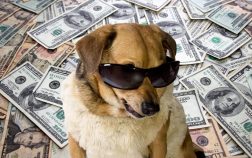 Last Updated on January 17, 2022 by Fabiola L. Some dog breeds can be quite pricier than others so it’s perfectly natural to wonder … Read More 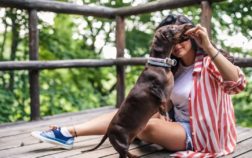 Last Updated on February 16, 2022 by Marco Feeding puppies and smaller dogs can feel complicated due to their tiny size. So, here’s our … Read More

Last Updated on July 13, 2021 by Marco Few dogs are better named than a Yorkie mixed with dachshund – the adorable Dorkie can … Read More