Dachshunds can come in dozens of different and fascinating colors but what exactly is the rare gray long haired dachshund color and should you get such a dog? Are there any additional health problems you’re going to have to watch out for compared to most other dachshund types? Is such a dog expensive? Let’s find out.

Needless to say, this makes gray dachshunds pretty rare. The fact that the “d” gene is recessive means that the breeder must breed two dogs with this gene for it to be passed down to the next litter – otherwise, the gene would be lost. This makes breeding these dogs rather difficult if the breeder wants to avoid inbreeding or other improper breeding techniques.

Can Gray Or Blue Dachshunds Only Be Of The Long Haired Variety?

A grey dachshund doesn’t necessarily need to have long hair. On the contrary – they can come in all coat types, whether long, short/smooth, or wiry. In fact, smooth-haired gray dachshunds seem to be the more common ones as people tend to gravitate to the combination of a smooth and blueish grey dachshund coat.

This is also why many people wonder about gray long-haired dachshund pups or wire-haired ones, as they are seen less often. 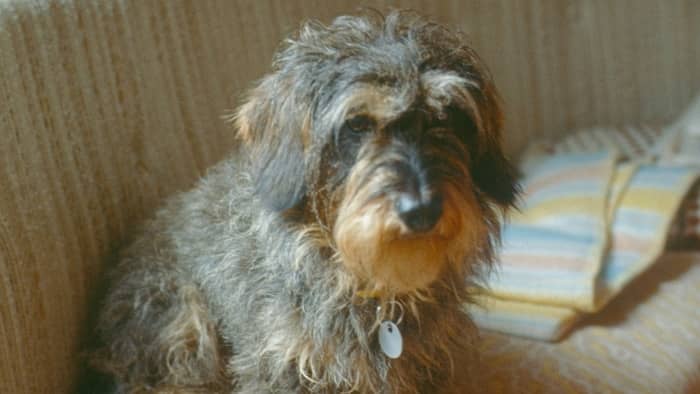 Learn more about: Where To Buy Wire Haired Dachshund?

How Rare and Expensive Exactly Is A Blue Or Gray Long Haired Dachshund?

So, when we’re saying that these dogs are rare, how rare are we talking, exactly? While an exact percentage can’t be mentioned here, the gray long-haired dachshund is a rare dog to find. Even if you don’t care about the coat type and are looking for gray short-haired and wire-haired Doxies as well, you may still have to go through quite a few breeders to find the right pup. And, as is the case with any rare dog, the price of such a dog bought from a reputable breeder will be quite more expensive than the average $1,500 for purebred dachshunds – sometimes as high as $3,000 or even $4,000. 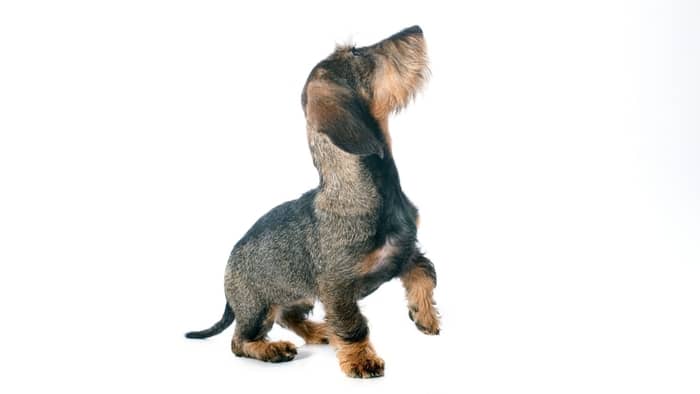 And, yes, you’ll most likely have to get such a pup from a reputable breeder. Finding a grey dachshund in a shelter or a rescue would be an extraordinarily rare find.

How about pet stores, though? You may be able to find a gray Doxie in a pet store and it will probably be more affordable than at most breeders too. However, buying such a rare puppy type – or any dog, really – from a pet store is really ill-advised. That’s because the puppy mills that stand behind most pet stores and supply them with pups for sale are notorious for their inadequate breeding practices – hence why their prices are usually lower.

Such bad breeding practices often go as far as to even inbreeding which, quite obviously, often leads to various health problems. So, while buying a gray long-haired dachshund from a reputable breeder is more expensive, it also saves you much more money down the line as the dog is almost guaranteed to be healthier.

Does The Gray Long Haired Dachshund Come With Any Specific Health Problems?

Overall, a gray dachshund should have any extra major health issues compared to a “normal” dachshund. The only exception is the risk of developing Color Dilution Alopecia (CDA) – a common skin condition in all dog breeds with a blueish coat color such as Weimaraners, Silver Labs, and others.

This condition usually leads to patchy hair loss and scaly skin if left untreated. This sounds unpleasant and it is but the keyword here is “untreated” – if you start taking good care of your dog’s coat and skin, the alopecia can easily be kept in check and its effects can be rendered inconsequential. In those cases, there shouldn’t be any major additional problems with your dog’s health to worry about.

Of course, as we said above, such rare sub-breeds are often bred improperly by puppy mills and certain disreputable breeders which often leads to additional health problems. That’s why it’s important to only ever get your dog from an adequate breeder and ask for a detailed health certificate too.

So, Should You Get A Gray Long Haired Dachshund?

If you want one if you can afford it, and if you’ve found a healthy pup sold by a reputable breeder – yes, by all means. These dogs are absolutely gorgeous and are just as sweet, playful, and social as a dachshund with any other coat type. And, as long-haired dachshunds have fairly milder personalities compared to short-haired and wire-haired Doxies, your special blueish pet should be pretty well-behaved too.

What is a gray Dachshund called?

If you’re wondering whether gray Doxies have any specific name such as Wild Boar, Piebald, or Wheaten, it’s actually much simpler than that – they are just called gray dachshunds. Or, you can also see them called blue dachshunds – both colored terms refer to the same coat color. There isn’t any other weird name for them.

Can you get grey dachshunds?

You most certainly can. However, do keep in mind that gray or blue Doxies are pretty rare as the dilute “d” gene that causes this color is recessive. This means a couple of things – 1) you’ll find it difficult to adopt a fully blue/gray dachshund form a shelter and 2) you can expect to have to pay extra for such a rare puppy.
As a bonus tip – be extra careful if you find a seemingly more affordable gray in a pet store or puppy mill as these dogs are often not bred properly and can have lots of extra health issues. Then again, avoiding puppy mills and pet stores is always a good idea anyway. 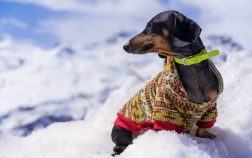 Last Updated on September 12, 2021 by Marco Approximately 20% of people have some degree of altitude sickness and can’t tolerate high altitudes. Do … Read More 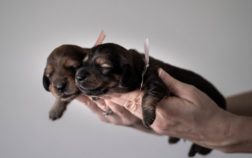 Last Updated on January 19, 2022 by Sam Dachshunds are incredibly cute and lovable, but they also have a reputation for being difficult to … Read More