If you’re wondering between a miniature and a standard Doxie or another breed altogether, check out our 9 curious facts about miniature dachshunds. Can we exhaust all the fun things one can discover about this breed with just 9 points? Probably not. But we’ll hopefully at least pique your interest and show you why this breed is getting more and more popular with dog owners in recent years.

2. Mini Doxies Can Be A Bit More Expensive But That’s Only Due To Higher Demand

If the two sub-breeds are the same, why are mini Doxies more expensive? That’s just supply & demand – if people want mini dachshunds more, breeders will charge more for them. The only other factor is that mini Doxies have slightly smaller litters (with ~1 pup less on average) so there are fewer mini Doxies to go around.

3. These Tiny Dogs Were Also Bred For Hunting and Not Just As Pets – Not Initially

Learn more about: What Were Dachshunds Bred To Do Originally And Why Does That Matter Today?

4. Miniature Dachshunds Aren’t Even The Smallest Type Of Dachshund

While standard and miniature dachshunds are the two officially recognized sizes/types of dachshunds, there are also toy and teacup or rabbit dachshunds that are even smaller than mini Doxies. These types are not recognized as purebreds by most kennel clubs, however.

5. While They Are Just As Healthy As Standard Dachshunds, Mini Doxies Can Have Issues If They Are Bred Improperly

Miniature dachshunds are as healthy as standard Doxies and don’t have any extra health issues to watch out for. The only caveat to this is that it depends on proper breeding. Given the rising popularity of mini Doxies, overbreeding and inbreeding can lead to health issues. So, always ask for a health certificate when you get your pup.

6. Miniature Dachshunds Can Be Quite Obstinate Due To Their Hound Heritage

All scenthound breeds are famous for being stubborn and mini dachshunds are no exception. That’s just part of the profession they were bred for – they needed to be as willful and headstrong as possible, and they were bred to ignore all distractions, including people.

7. If You Don’t Socialize and Train Your Little Pet, You Can Expect It To Get Napoleon Complex

Given their obstinant nature, obedience training is quite important for dachshunds. If you skip that, as well as their need for socialization, you can fully expect them to develop Napoleon Complex or “Small dog syndrome” – the behavior of acting aggressive toward bigger dogs and being disobedient. That’s normal for all small dogs and it’s all in your control to prevent it.

As a part of their scenthound and burrow-diving hunting profession, mini dachshunds love to dig. That’s why their front paws are so wide and their chests are so powerful. So, if you have a yard or potted plants at home, you’d want to take some preventative measures. We hope you like ceiling-hanged flower pots. 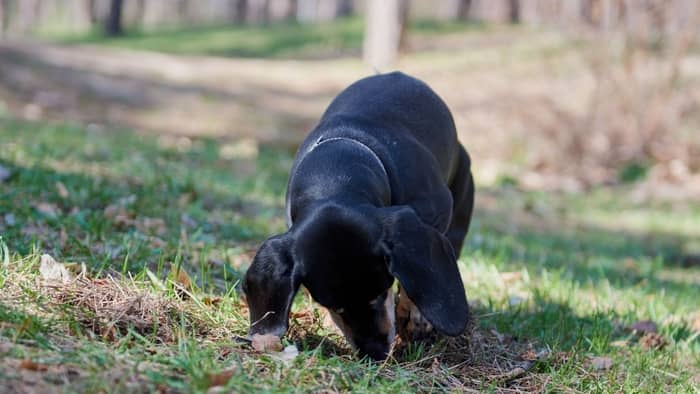 Learn more about: Why Do Dachshunds Have Webbed Feet?

9. These Tiny Pups Will Follow Their Noses Wherever They Lead Them

Another fun part of their scenthound nature is just how much these dogs trust their noses and how easily food-motivated they are. Fortunately, their short legs prevent them from exploring the kitchen counters too much.

What are mini Dachshunds known for?

Mini Doxies are known for a lot of things – their short legs and long bodies, their powerful noses and hound instincts, their playful and willful personalities, their affectionate nature, as well as the risk of back problems if you don’t care for your pup well enough. Overall, they are known for being fantastic indoor pets that need a bit of training early on and a relatively specific lifestyle but pay back for all that with lots of love and fun times.

Cute, playful, affectionate, social, and relatively easy to take care of, miniature dachshunds are one of the most popular pet breeds today, and for good reasons. They are not perfect for any household, of course, but if you want a mostly indoor pet that’s fun to be around and play with, the miniature dachshund is an excellent choice.

Dachshunds, big and small, are often told to be less smart than other breeds. This is quite the misconception as it’s based on the dachshund’s trainability rather than its actual intelligence. And that much is true – dachshunds are harder to train because their hound temperament makes them overly willful and stubborn. But that doesn’t mean that they aren’t also highly intelligent, ingenious, and they don’t love using that intelligence for mischief whenever possible.

There’s nothing about the miniature dachshund breed that’d make them dislike being held. If an adult mini Doxie has started developing back pain, however, that can cause discomfort while being picked up or held by the waist. Preventing this is also why you should hold and drop your Doxie as gently as possible. But a healthy and well-socialized dachshund should have no issues about being held. 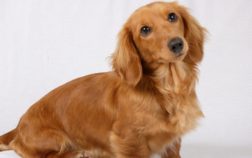 Miniature Dachshunds come in three varieties: standard, miniature, and toy. Toys are the smallest of all but can still be fully grown; they may … Read More 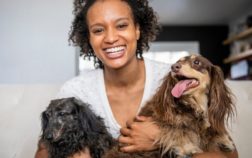 Dachshunds are one of the most popular breeds in America today. They can often get as big as 30 kg, which is about 66 … Read More 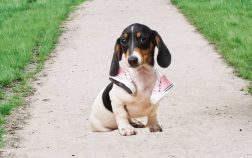