Last Updated on November 2, 2022 by Guillermina

When Did Dachshunds Originate?

Dachshunds are one of the oldest dog breeds still in existence, and their history can be traced back to over 600 years ago. Initially, the dachshund was mainly only found in Germany, but over the centuries they became more popular around the world.

Although the modern dachshund is normally kept as a family pet, it was bred specifically to carry out a unique role.

The name dachshund when translated to German means ‘badger dog’, and this is exactly what this little dog was made to do! Their short legs meant they could dig their way into the badger’s den, helping hunters to root out their prey.

Luckily for the dachshund, they are not normally used for hunting these days, and are more likely to be found lounging around with their favorite humans instead. 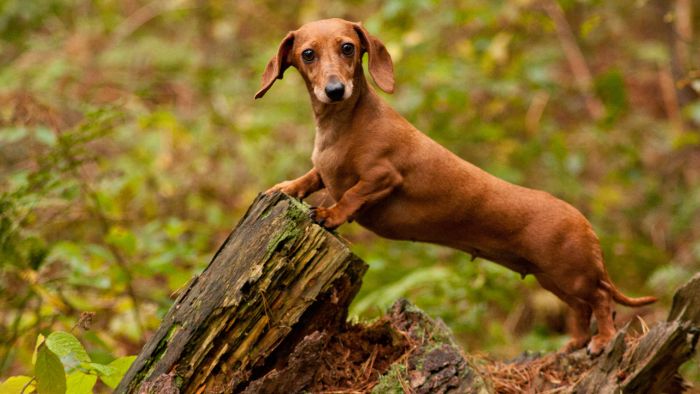 Were There Dachshunds Around 100 Years Ago?

There were definitely dachshunds around 100 years ago – in fact, this breed had already been in existence for 500 years at this point! Although this little dog breed remained mainly in Germany for the first few centuries, 100 year ago you would have found dachshunds in America and many other countries around the world.

The dachshund was first registered as an official breed with the American Kennel Club in 1885. Their popularity rapidly increased, and they are now a much-loved family pet.

There was a steep decline in the dachshund population during World War One. Due to its German origin, people in the United States and United Kingdom turned against this much loved breed and many dogs were sadly destroyed. Luckily, the breed did not go extinct altogether and there now is now a healthy population of dachsunds all around the world.

How Was A Dachshund Created?

The dachshund was specially bred to carry out it’s role as a badger hunting dog with ease. Dachshund breeders selectively bred dogs with lithe bodies and short legs, creating the long, low-bodied dog we all recognize today. 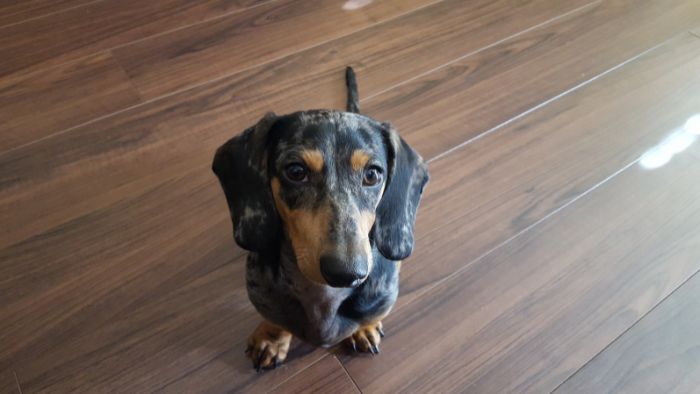 The short legs of the dachshund enabled it to go into badger tunnels with ease, and its loud bark meant it could easily alert the hunters to the presence of a badger.

In the past, it is thought that dachshunds must have been quite fierce, as a badger is a formidable opponent! These dogs may have been small, but they were very strong and courageous in their role as hunting dogs.

The original dachshunds were very similar to the breed as we know it today, but they were thought to be stronger and more athletic. The miniature dachshund was created to hunt rabbits, while the larger standard dachshund was used to flush out badgers from their dens.

This means that historically, the dachshund was likely to be more muscular that its modern counterparts. Over the centuries, selective breeding has meant that the legs and neck of the dachshund have become shorter in proportion to the body, and the back has become longer.

Unfortunately, this is not good news for the dachshund breed. These changes in body shape now mean that this characterful breed is at high risk of spinal problems such as intervertebral disc disease.

This means that dachshund owners have to take care to ensure that their dogs do not do any activities which put the back under unnecessary strain. Activities that can cause back pain in dachshunds include jumping up and down steps and onto furniture.

Dachshund 100 Years Ago Vs Today!

So, is there much difference between the dachshund 100 years ago versus today? A century ago, dachshunds had already become family pets and were not commonly used for hunting purposes. It is thought that they were slightly larger than they are now, as over the last century breeding practices have diminished the size of this breed.

There have also been some slight changes to the body shape of the dachshund over the last 100 years. A century ago, this dog had a slightly longer neck, and the legs were longer in proportion to the body. The overall back length was shorter and this breed was less likely to suffer with spinal problems.

Unfortunately, it is the very characteristics that we love about dachshunds that has led to these problems. Fans of this breed adore the short, stumpy legs and long sausage-like body, but sadly selective breeding has taken this to the extreme.

Reputable dachshund breeders are now attempting to rectify these issues by aiming to breed strong, healthy dogs with a lower risk of spinal problems. This may mean in the future we see the dachshund returning more to its appearance a century ago, with a longer stronger neck and legs and shorter body.

So, as we have learned, the dachshund 100 years ago was very different to the breed we know and love today! Over the last century, dachshunds have been selectively bred to shorten the length of the legs and neck and extend the back. These characteristics are seen as desirable in this popular breed, but unfortunately have led to a greater risk of spinal problems. Historically the dachshund was bred as a hunting animal, but the modern day dachshunds lives a much more sedentary lifestyle.

We’d love to hear your thoughts on the dachshund 100 years ago vs today! Do you think this breed has improved for the better or do you prefer the way they used to look? Or maybe you’ve got some questions about how to pick a dachshund with the perfect breed characteristics? Leave a comment below and we will get back to you! 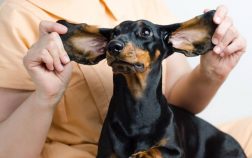 Last Updated on January 25, 2022 by Fabiola L. All dogs are cute but small dogs with big ears are especially adorable. If you … Read More 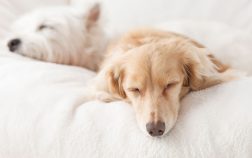