Dachshunds are famed for their long, drooping ears, but do dachshund ears stand up? And can they use their ears to tell us how they are feeling? Let’s find out!

Do Dachshund Ears Stand Up?

One of the traits that dachshunds are most famous for is their long, floppy ears. Their ears sometimes seem almost as big as their heads, and they dangle downwards around either side of the face. This is definitely one of the cutest features of the iconic dachshund!

In a purebred dachshund that meets the breed standard, the ears will not stand up. They are too floppy and heavy for the dog to hold upright.

Can Dachshunds Move Their Ears?

This is a form of dog body language, and the position of your dog’s ears will indicate how he is feeling at any one time. Some dog breeds can also point their ears in the direction of sounds to enable them to pick out subtle noises more easily. Unfortunately, the dachshund does not have this ability as the ears are too long and floppy! 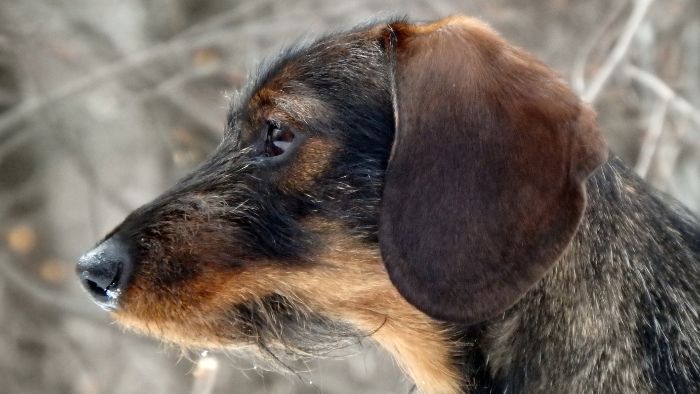 If you look at a dog ear positions chart, you will see that they normally show dogs that can hold their ears upright displaying a range of different emotions. However, your dachshund will also be using the same movements, you just need to look a lot closer to spot them!

If your dachshund is feeling fearful or trying to indicate submission, the ear base will move backwards and downwards. You will notice that the ear flaps seem more tight against the face, and further back than normal.

When the dog is feeling relaxed – and dachshunds are very good at relaxing – the ear base will be in a central position with the ear flaps dangling normally. This will be accompanied by a calm, happy facial expression and relaxed demeanor.

In dogs with naturally erect ears, you may also see them in a pointed position, which indicates a state of defensive alertness. This occurs when the dog senses danger, but it is difficult to spot this ear movement in a dachshund.

However, if your dachshund senses danger, it will be sure to let you know in many other ways. These little dogs make very vocal guard dogs, and their hunting background means they will instinctively bark loudly at any sense of danger. So, if your dachshund starts barking, it pays to investigate what they are trying to tell you! 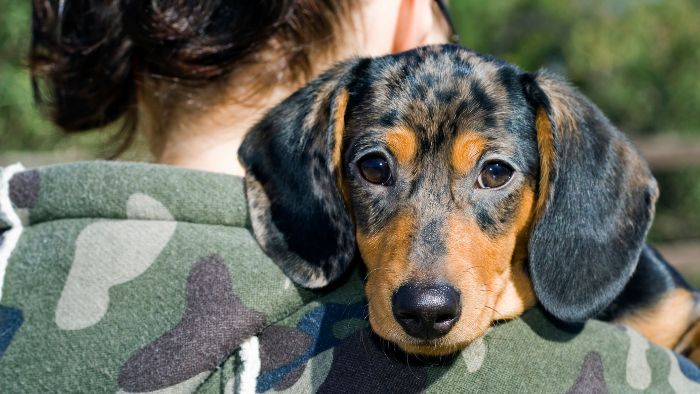 Why Are Dachshund Ears So Long?

Long, floppy dachshund ears are not just cute, but they used to play a vital role when dachshunds were working dogs! Dachshunds were originally bred as hunting dogs, used to go down narrow burrows to flush out badgers. The short legs and powerful bodies of this little dog made them ideal for this role, and the ears also helped too!

Firstly, the long, floppy ears help to protect the delicate ear canal from dirt and debris. Because these dogs are so low to the ground and were sent into burrows and dens, any dirt inside the ear could lead to an ear infection. So, the longer ear actually works as a protective barrier against the outside world!

The other role of these magnificent ears is that they help to capture scent. You may notice that a lot of scent hounds, such as dachshunds, beagles, and basset hounds all have long drooping ears.

When the dog follows a scent with its nose to the ground, the ears form a tent around the face that traps air. This helps to keep any scents closer to the face for longer, giving the dog chance to analyze them fully.

So, those long silky ears are not just adorable, but also help to fulfill a vital role in the dachshund’s life!

What Does It Mean If A Dachshunds Ears Stand Up?

The American Kennel Club (AKC) breed standard for dachshunds is that the ears, when alert, should frame the face with the edges just touching the cheek. This means that if a dachshund’s ears do stand up, it does not meet the breed standard for this iconic little hunting dog.

So, why might a dachshunds ears stand up? This may occur if the dog has been badly bred from parents that are not good examples of the breed. It can also occur if any crossbreeding with other dogs has taken place.

For example, a dachshund cross Jack Russell terrier can sometimes has ears that are stand either partially or fully upright. However, in most crossbreeds the long floppy ears of the dachshund are still evident, although sometimes smaller than in a purebred dachshund.

So, as we have learned, dachshund ears stand up but not in the same way as other dogs! All dogs have muscles in their ears which can move the ears around, however the ears of a dachshund are so long and floppy that they cannot hold them upright. Instead, your dachshund will lift its ears away from its head when it is alert, and they will flop around the face when your dog is relaxed. 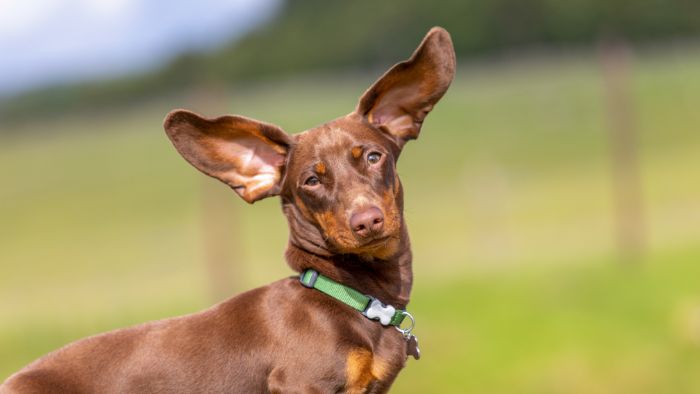 We’d love to hear your thoughts on can dachshund ears stand up! Do you have a dachshund that has particularly expressive ear movements? Or perhaps you’re interested in finding out whether the ears of a dachshund crossed with another breed of dog will stand up? Leave a comment below and we will get back to you! 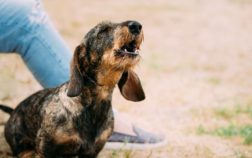 Last Updated on January 17, 2022 by Marco Dachshunds come with a great deal of pluses but there are a few things to watch … Read More 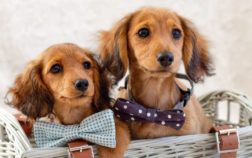