Doxies come in several sizes which can be confusing for newcomers. Here, we’ll look at what is the ideal weight of miniature dachshund puppies and adult dogs at any age. We’ll also give you a nifty chart to use as your dog grows and we’ll cover some extra questions you may have along the way.

As their name suggests, miniature dachshunds are quite small. The average adult weight of miniature dachshund dogs is between 8 and 11 pounds (3.6 and 5 kg). Anything higher than that would likely indicate that your dog is overweight as the larger dachshund class – standard dachshunds – aren’t supposed to be lighter than 16 pounds (7.3 kg).

So, if your mini is somewhere between 11 and 16 pounds, it’s time for weight watch. Vice versa, if your mini is lighter than 8 pounds then it’s either underweight, underage or isn’t a mini but a toy dachshund instead.

To help you monitor the weight of miniature dachshund puppies as they grow, here’s a basic chart of their expected weight at every month before their first birthday:

All those numbers are, of course, just approximations. There can be some variation as every litter will have slightly larger and smaller pups so don’t get immediately shocked if your dog is a bit lighter or heavier than it’s supposed to be. During the first year, you should be doing pretty regular vet visits anyway so, just talk with your vet about it.

When Can You Expect To See The Ideal Weight Of A Miniature Dachshund?

Unlike most larger dogs, miniature dachshund pups tend to reach their optimal adult weight before their first birthday. So, don’t be surprised if your dog has reached its maximum height, length, and weight by the 11th month or potentially even sooner.

What If Your Mini Dachshund Is Outside The 8-to-11 Pound Weight Range?

Assuming that your dog isn’t just a little over or under the expected weight of miniature dachshund dogs but is way over the line, what are the main things to watch out for?

Your mini dachshund may be overweight due to:

Likewise, if your dog is underweight, there are a few potential culprits to consider:

Or, you may just have a toy dachshund instead of a mini.

Most of these issues will necessitate a trip to the vet sooner rather than later. If you just have a different size dachshund sub-type, that’s perfectly fine, but even that is something you want to be aware of as soon as possible.

All in all, making sure that your pet sticks close to the ideal adult weight of miniature dachshund dogs is both important and relatively easy. Miniature dachshunds are prone to becoming overweight when they are allowed to eat as much as possible but it’s also quite easy to notice when their bellies start ballooning too much.

How much should a 2-year-old Dachshund weigh?

A 2 year old standard dachshund should weigh somewhere between 16 and 32 pounds (7 to 14.5 kg). If this seems like a wide range, that’s because standard Doxies can also vary quite a bit in height and length. Generally speaking, if you want to be sure your dog is neither overweight nor underweight, you should just look at its figure – does your dachshund have a well-defined waistline or is its torso just oval-shaped?
A yes to the former means your dachshund is fit, but a yes to the latter means your pet is overweight. Can you feel its ribs when you hug it but not see them? Again, a yes would mean that your dachshund’s weight is fine. If you’re inquiring about miniature dachshunds instead, these dogs are typically expected to weigh somewhere between 8 and 11 pounds (3.6 to 5 kg) when they get into adulthood.

What is the maximum weight of a miniature dachshund?

Adult miniature dachshund dogs aren’t supposed to weigh more than 11 pounds or 5 kg. If your dog is any heavier than that then it’s either overweight or it’s actually a standard dachshund instead.

How much should a 7-month-old mini Dachshund weigh?

This age is generally the mid-point of puppyhood – the teenage period of your pup if you will. For a miniature dachshund, this means an approximate weight of about 6.5 lbs (or 3 kg) for males and about a pound less for females. Some variation is to be expected, of course, but if your puppy is too much heavier than that then you might be overfeeding it. Vice versa, if it’s well below this range, it might be underfed. Or, you don’t actually have a mini dachshund but instead, you’ve been given the larger standard dachshund or the smaller toy dachshund.

How much does a mini Dachshund weigh?

The expected weight range of a mini dachshund is 8 to 11 pounds or 3.6 to 5 kg. Anything lower than that would indicate one of three things: 1) your Doxie isn’t an adult yet, 2) your pet is underweight for some reason, or 3) you actually have a toy dachshund instead of a mini.
On the other hand, if your adult miniature dachshund is heavier than 11 pounds, then it’s most likely just overweight. Adult standard dachshunds aren’t supposed to be lighter than 16 pounds (7.3 kg) so there is a 5-pound difference between minis and standards. 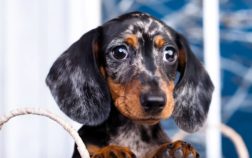 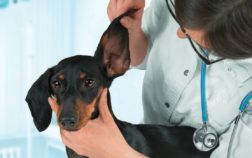 Last Updated on January 25, 2022 by Fabiola L. Ear maintenance is one thing you probably didn’t expect to have to do as a … Read More 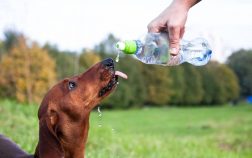