Wondering why do dachshunds yawn so much can offer an explanation for certain dog behaviors and highlights a way in which dogs communicate. Yawning is usually a sign of tiredness or boredom, but for dogs, it’s not the same. Context is a crucial element in assessing what a dog yawn can mean.

What does it mean if your dog yawns a lot can be an indicator of many different things. Depending on the environment a dog is in, understanding a yawn can provide a great insight into what they feel.

What Is A Yawn?

First of all, a yawn is a reflex in which the mouth opens and stretches widely,  providing a deep breath. As any reflex, it’s entirely involuntary, and so the expression of it is out of any control. There is no knowing when it happens, for how long, or the amount of air inhaled.

Offering an explanation for why a yawn happens is not a simple venture for either dogs or humans. It could be a reaction to changes in temperature or a method to keep the mind awake.

All these are purely speculative, and there is no scientific explanation that definitively explains yawns or their purpose. Nevertheless, theories on why dogs yawn are far more closely investigated and can point to some behavior explanations. 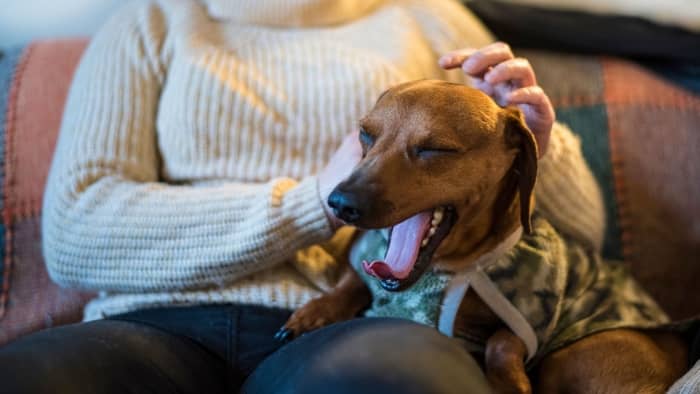 Learn more about: My Dachshund Is Coughing And Gagging – How Bad Is It?

Why Do Dachshunds Yawn So Much?

Communication between people and dogs most often happens with non-verbal cues. Yawning is not as direct a non-verbal cue as sitting by the door and signaling to go out but it’s still a signal.

A yawn once in a while is no reason for concern. However, too many yawns in a short period might be a sign of anxiety or stress. Knowing this, it’s important to pay close attention to the context in which it occurs.

Notice where, when, and how frequently your dog yawns. A few yawns after they just woke up or before going to bed is just sleepiness. If a dog exhibits multiple yawns frequently, then assess the situation during which it happens. Some environments where a dog may be anxious are ones where they meet someone new, a person or dog.

Going to the vet or simply riding in the car, a dog may start to yawn, signaling they feel nervous. Once they calm down, the excessive yawning should also stop. To get them to calm down will depend on the situation.

There may not be a way of not going to the vet once a schedule is set. But after the vet appointment, a small walk could help with anxiety. In other situations, like in a dog park, for instance, simply talking your dog out of the environment will help.

Wondering why do dachshunds yawn so much or any dog for that matter, could also be an indicator of submissiveness. This usually occurs around other dogs, and it could be a way in which they avoid conflict.

A dog may yawn in trying to appear passive after meeting a new dog, or even after playtime. It would be good to watch out for these indications to better understand your dog’s limitations. It can even be useful to take them out of a stressful situation and, later on, build up more confidence.

We all know that a yawn is contagious, and often leads us to involuntarily yawn as well. It happens due to our empathic nature so much so that even a picture can cause this.

Dog and dachshunds in particular get very in tune with their owners, and this can manifest with empathic yawning. It’s not easy to measure empathy in dogs, but they do often seek to bond with us. Most of the time a dog will follow their owners around, or stand close, and in some cases with yawning.

Yawning Out Of Excitement

Comparable with stressful and anxiety situations, yawning can be a sign of excitement. Although we may consider enthusiasm as a positive, too much won’t be good for a dog, as it can lead to anxiety.

With a little playtime and energy-consuming activities, this excitement should go down and culminate in a calmer dog. Dogs yawning meaning they are excited to see their owner return home after work is another common occurrence.

As with new or unfamiliar environments that lead to anxiety, confusion can occur and manifest itself through yawning. Training is usually where they get the most confused, especially when learning something new or during obedience training. It takes a while for them to fully understand a command, and a yawn can be indicative of their confusion.

Taking breaks often and keeping training sessions short, is the best way to avoid stress in your dog. This kind of confusion is not a negative aspect of training that leads to stress, and a little frustration is ok. As practice makes perfect, repeating their training often will get results in the end, with plenty of treats.

Training and confusion yawning can be more prominent with some more stubborn dogs. If this happens during training, and your dog isn’t getting it, asking why do dachshunds yawn so much, implies confusion.

Can Excessive Yawning Be A Cause For Concern?

Yawning is a part of normal dog behavior. It should not be a grave concern if it occurs once in a while. Where this turns into something negative is if yawning becomes so excessive as to make one think twice. It’s normal to display anxiety by yawning when facing new situations or events.

Moving away from that situation reduces the stress and lessens the yawn. However, if this persists inside the home with no unusual stimuli to induce anxiety, then that can indicate something more.

Licking is something that also goes hand in hand with yawning and anxiety. Asking yourself why does my dog yawn after he licks me is another indicator of anxiety. By licking they may simply try to calm themselves, but it also depends on the situation they are reacting to.

Conclusion – Why Do Dachshunds Yawn So Much?

It’s sometimes difficult to understand all our dogs’ behaviors, but some of their actions give a glimpse into how they feel. Pondering why do dachshunds yawn so much can give insight into how dogs react to stress and anxiety.

Dealing with some issues that are stressful to your dog, will ultimately lead to having a greater understanding of their limits. Socialization will go easier once a dog owner knows how their pet reacts and how they communicate their anxiety.

Read more about: How Much Do Dachshunds Sleep On Average And Why?
dogs yawning meaningWhat does it mean if your dog yawns a lotwhy do dachshunds yawn so muchWhy does my dog yawn after he licks me
Share Pin Tweet 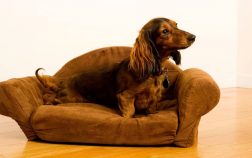 Last Updated on December 27, 2021 by Griselda M. Dachshund is a dog breed that was bred for hunting badgers and thus has borrowing … Read More 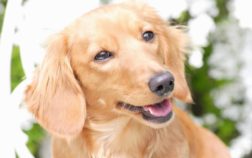 Last Updated on May 12, 2022 by Marco Dachshunds are awesome. Cream dachshunds – even more so. But what exactly is the Irish Cream … Read More 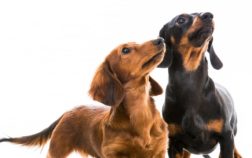