Doggie licks are adorable from time to time, but we still often wonder why do dachshunds lick so much? Here are the 8 reasons we’ve identified behind the Doxies’ obsessive licking tendencies, what they mean, and what you might want to do about them.

Why Do Dachshunds Lick So Much?

There are a total of 8 reasons or groups of reasons most experts give for why do dachshunds lick so much. Pinpointing the precise reason for your dog’s bizarre behavior is the key first step for solving the problem.

The most obvious and common explanation as to why do dachshunds lick so much is love. Doxies are incredibly affectionate animals, especially to the one member of the household they choose to focus on. So, especially if you work away from home, you can expect a lot of licks when you get back. If you don’t like that, you’re going to have to train that behavior out of the Doxie, preferably by ignoring the dog after each “licking incident”.

Similar but different from the above, boredom and attention-seeking are also likely explanations. Dachshund owners often pick this breed precisely because they work away from home and need a dog that requires less outdoor time. However, that doesn’t mean that dachshunds don’t need lots of attention and playtime, or that they can’t develop separation anxiety. As we mentioned above, ignoring your dog after licking is the easiest way to communicate that this isn’t an effective attention-seeking method.

Licking can also be a coping mechanism during periods of anxiety, fear, stress, and even depression. If that seems to be the issue, you need to localize the cause of the stress and deal with it.

4. Lack Of Mental Stimulation And Exercise

As we often say, a tired dog is a well-behaved dog. This applies to dachshunds as much as to any other breed. People often wrongly assume that dachshunds will just get all their necessary physical and mental stimulation with their dog toys – that’s not the case. A Doxie may be smaller and slower than a Labrador Retriever, but it still needs quite a bit of playtime. 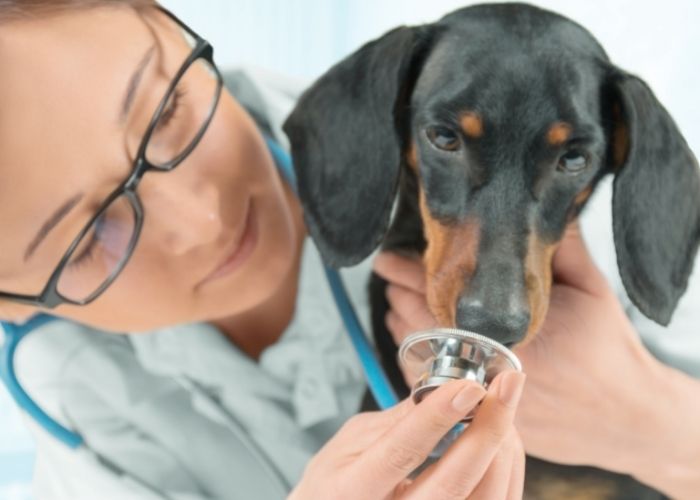 Excessive licking is something all dogs tend to do when they feel nauseated. Calling your vet can be a good idea in this case.

There are various other potential health issues that can cause licking of the floor, furniture, and carpets. So, if you’re wondering why do dachshunds lick so much and you see your dog excessively licking itself, however, this likely is due to skin discomfort or allergies.

Dachshunds may not be the most outdoorsy dog breed, but they should still go out every day and can therefore catch any of the various parasites that often plague dogs. As above, this will usually be obvious from the dog not just licking its coat but also trying to bite and scratch the irritation away.

A more unfortunate reason why your dog won’t stop licking the floor is cognitive dysfunction. This is something no dog owner likes to hear, but especially in their later years, dogs can develop certain mental problems. Dachshunds aren’t necessarily more prone to this than other breeds. However, they do live longer than most. So, whereas other dog breeds rarely live past their 10th or 12th birthday, a dachshund often goes up to and beyond 16 and therefore spends much more time as a senior.

Do Dachshunds Lick Out Of Some Old Hunting Instinct?

Quite a few dachshund habits are driven out of their instincts of badger-hunting scent hounds. Sniffing, digging, (trying to) chasing squirrels in the dog park are but a few examples. We can’t really see such instincts as an explanation of why do dachshunds luck so much.

Hypothetically, licking can be viewed as a tracking instinct, and licking the air can help dogs sense smells. However, this isn’t really a skill dachshunds active use in their badger-hunting profession.

Do Dachshunds Lick More Compared To Other Dog Breeds?

If you’ve owned other breeds before, you may notice that your Doxie is licking the floor or the furniture quite more excessively than your previous pets. This is puzzling given that none of the reasons we’ve mentioned above are unique to dachshunds. And yet, experts haven’t really identified another, more Doxie-specific reason for why do dachshunds lick so much.

A possible explanation could be that, while none of the 8 points above are specific to dachshunds, altogether they are a not-so-common combination. As short and stumpy dogs, dachshunds often get less exercise and playtime than other dogs. They are also not guarded or watchdogs and can be frightful. They are highly affectionate, they can have certain skin issues and allergies, and, as we noted, they spend more time in their golden years than other breeds.

All that put together may explain why dachshunds like to lick themselves, the floor, furniture, or you more than any other dog breed.

So, Why Does My Dachshund Lick Everything And Should I Be Worried?

Licking isn’t the most worrying behavior a dog can exhibit, so immediate panic isn’t that warranted. A lot of the possible causes of licking are pretty harmless and can be easily solved with a few lifestyle changes. Still, it is important not to let such behavior go unaddressed.

At best, such obsessive licking means that your dog is bored, lonely, not stimulated or exercised enough, or outright depressed. At worst, it can indicate a health problem. So, the simple recommendation is to try and give your dog more stuff to do, more things to play with, and more mental and physical exercise overall. And, if you’re sure the licking is out of attention-seeking, ignore your dog when it does it and only interact with it when it doesn’t.

If none of this changes anything, you should consult with your vet as the licking may indicate a health problem. If that’s the case, catching it as early as possible would be ideal. 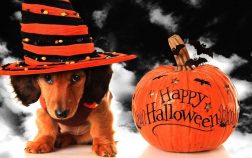 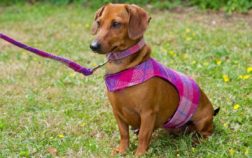 If you have a Doxie, it’s worth familiarizing yourself with the 5 choices for the best harness for a dachshund with back problems on … Read More

We often ignore rashes on our skin cause we know what caused them or what to do if they escalate. Finding a rash on … Read More