Figuring out what dogs can and cannot eat can be a long process. For example, can dogs eat maraschino cherries, or are the drawbacks too high? This can seem like a fast and straightforward “No!” answer but there are a few things to note that might surprise you. And, while we’re on the subject of maraschinos, how about normal cherries? Let’s cover these couple of questions in detail below.

Yes but also no. Technically speaking, there isn’t much that would happen to a healthy dog from eating a single maraschino cherry. Cherries themselves are not immediately toxic to dogs (their fleshy part at least – more on that later), they just contain a bit of sugar. And the maraschino part of the equation simply introduces… more sugar.

So, maraschino cherries are essentially mini sugar bombs for your dog. Provided that your pooch is healthy and doesn’t have any diabetes, obesity, high blood sugar, or other health concerns, one or two maraschinos shouldn’t be the end of the world. Giving your dog more than one or two maraschinos, however, or giving him maraschinos regularly – that’d be a problem.

Is Sugar The Only Drawback Of Maraschino Cherries For Dogs?

Yes, but that’s not a small problem to have. The problem with sugar for dogs is that they don’t need to – or should – consume even just a bit of it. Dogs’ bodies produce their own glucose (i.e. sugar) from the carbs they consume. This process is called Glycolysis and it is why dogs don’t need to eat any sugar.

So, giving a healthy dog a bite or two of a high-sugar fruit or treat isn’t that much of a problem. Your dog’s organism will likely just process it out and everything will be fine. However, if you start giving your dog lots of sugar or a bit but regularly – then you will encounter quite a few problems such as: 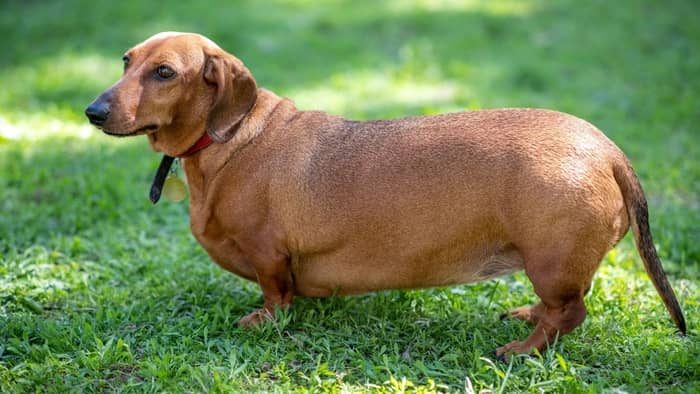 In an extremely strict moderation – sure. Hypothetically speaking, if you give your dog something like one or two maraschino cherries a week, that shouldn’t be a problem. However, what would be the point of that? Such a minute quantity isn’t enough neither for training nor as a proper reward. Maybe you can give your dog a maraschino cherry on top of its birthday meal?

Also, keep in mind that “in moderation” is a rather ambiguous term. The exact quantity that’s acceptable will depend on your dog’s breed, size, and health.

Obviously, maraschinos are strictly forbidden for any dog with health issues. But even a healthy dachshund, for example, should be given much less sugar than a healthy Great Dane or any other larger breed. So, especially if you have something small like a Doxie, it’s best to just stay away from such sugary treats for good.

Do Maraschino Cherries Have Any Benefits For Dogs Whatsoever?

In the interest of fairness, it should be said that cherries do have pretty good antioxidant properties. That’s a big reason why they are such a great fruit for people to consume.

However, that’s cause we can process sugar much better and in much higher quantities than dogs. So, whereas we can eat a couple of handfuls of cherries, reap all the benefits, and process the sugar after that, a dog can’t possibly eat enough cherries to benefit from their antioxidant properties. Your dog will literally fall into a diabetic coma before its body manages to “benefit” from the cherries. And that’s twice as true when we’re talking about maraschinos and not normal cherries.

Can Dogs Eat Cherries If They Are Not Maraschino?

So, are cherries safe for dogs if they are not coated with extra sugar? Well – they are “less unsafe”, so to speak. Natural cherries do still contain sugar but much less than there is in maraschinos.

So, cherries are about 5x times healthier treat than maraschinos. However, that only applies to the fleshy part of cherries. The pits, stems, and even leaves of cherries are actually incredibly toxic for dogs. That’s because all these parts of the cherry tree contain amygdalin – a cyanogenic glucoside that, when ingested, gets converted into cyanide by the dog’s body. This can very quickly lead to cyanide toxicity which can be very harmful to your dog. Cyanide poisoning is identified by the following symptoms:

Of course, the same applies to humans too – we also shouldn’t eat the cherry pits, stems, and leaves. There are only two differences, however – 1) our bodies can deal with amygdalin much more easily, and 2) we are generally smart enough not to eat cherry leaves, stems, or pits. At most, we can accidentally swallow one pit if we’re not careful.

So, even though cherries themselves are not immediately toxic to dogs, you should still be very careful having cherries around if you have a dog. Leaving them unattended on the table is obviously very risky. But, even going through the extra effort of de-pitting cherries can backfire as your dog may try – and succeed – in digging out the pits from the trash and eating a few of them.

My Dog Ate A Maraschino Cherry – What Should I Do?

If your dog is healthy and has only eaten one or two maraschinos, everything should be fine. If either of those conditions isn’t met, however, you should watch out for symptoms such as vomiting, diarrhea, labored breathing, and so on.

In Conclusion – Can Dogs Eat Maraschino Cherries and Why?

Dogs can but really shouldn’t eat maraschino cherries. The sugar content is just too high for maraschinos to be worth it as treats. So, you should not only avoid giving these to your dog but you should keep them out of reach too. One or two maraschinos shouldn’t be the end of the world but if your dog sneaks a mouthful behind your back there may be some nasty consequences.

Read more about: Can I Give My Dog Orange Juice Or Is it Dangerous? 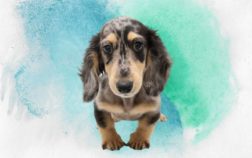 Last Updated on May 11, 2022 by Marco Dachshunds can come in dozens of different and fascinating colors but what exactly is the rare … Read More 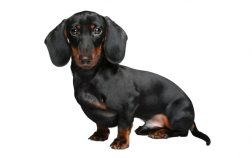 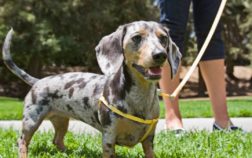