Knowing how to catch a dog that doesn’t want to be caught is an important skill to develop when bringing a new four-legged companion into the family. Accidents happen though and a dog may end up getting loose and gleefully run away from its owner.

Letting your dog run around leash-free in a dog park is a fun activity that gets frustrating if they won’t come when called. Correcting this type of behavior is maybe the most difficult one to solve, but it’s not impossible. With the right course of action, a dog that doesn’t want to be caught will learn to come back willingly.

How Does A Disobedient Dog React Once Loose?

When a dog refuses to come back to its owner, it displays one of two reactions: passive or active disobedience. Passivity is a simpler issue to deal with as a dog exhibiting such behavior simply refuses to return. They may sit, lie down, or just stand and ignore their owner’s recall commands, but will not run.

An active disobedient dog will run for the hills and refuse to turn back no matter its owner’s pleas. This kind of behavior can prove dangerous if left uncorrected.

A dog that runs away like that can easily run out of sight or worse, run into traffic, and get hurt. So now begs the question of how to catch a dog that doesn’t want to be caught?

Why Do Dogs Refuse To Come?

Sometimes it’s difficult to understand why your dog runs away especially when faced with it for the first time. The simplest answer is that they run from the owner in particular, but don’t take it personally.

Learn more about: How To Keep A Dog Off Couch When Gone To Work?

They Can’t Help Themselves

Even though in the house your dog doesn’t display the same frenetic energy to get away from you, outside is another matter. There are a multitude of stimuli outside from smells to sounds, and they can’t help themselves. A dog that has never been off-leash will particularly find it exciting and follow its hunting instincts and refuse to return.

They Don’t Trust You

If a dog has never been let off-leash they might just feel like there is no point in returning. Your dog knows that once back, there is not going to be any free-running and sees that as a bad thing.

Sometimes dogs refuse to return out of fear of punishment for running away or simply because they’re having fun. Returning to its owner would mean the fun-time is over. This is a major indication that the dog needs better training.

How To Catch A Dog That Doesn’t Want To Be Caught?

The first thing to do if a dog has actively run away from you is to catch it, one way or another. One of the least recommended things to do is to go running after your dog. This will either scare them or make them think it’s a game of catch, and run faster. Pretending to run away from the dog may cause it to believe it has to catch the owner.

Of course, running away does not always seem like the best option. Especially when a dog just sped away like a bullet and is not paying attention to its owner. Moving away from your dog thus only creates more distance, but moving towards it quickly will not guarantee an easy catch. Dogs are much faster than us.

Consider dropping high-value treats on the ground then pretend to move away a little. Walking in a parallel zig-zag slowly approaching your dog while happily calling out its name may help reach it. Once close enough try and offer a treat while slowly and unassumingly reaching for the collar. 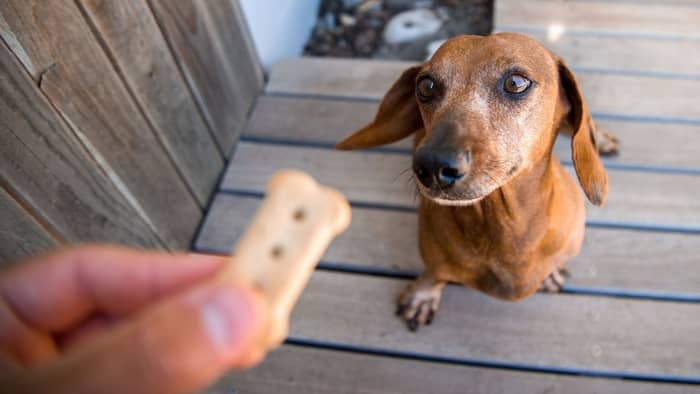 Anytime your dog looks back or approaches even a little bit, offer praise. This will teach it to return and receive happy cuddles and treats. Otherwise, they may just decide to keep on running as it may not seem worthwhile to come back. Positive reinforcement is more attractive to them than a serious tone of voice.

Act Out Of Character

Calling out their name will most likely not work especially if they don’t have a reliable recall. A better way is to get them to come to you. To do this try to pique its curiosity by acting out of character, jumping up and down, or making loud noises. A vast majority of dogs respond by coming to see what is happening.

Lie On The Ground

The method most advised for how to catch a dog that runs away is to lie down and make high-pitched noises. A lying down position is a non-threatening one and a dog will not feel intimidated to approach.

Once your dog is back on its lead, do not take your emotions out on them. Yes, it was hard and frightening, but punishment will only reinforce the need to not come back in the future. It’s hard to praise the dog and be happy after a wild chase to get them back, but it’s necessary.

Armed with a clicker and quality, stinky treats, start training your dog to come with plenty of rewards. Start inside with a simple game of sit, then move on to come, each time rewarding with a treat. After that, move the game outside in the garden, or on a porch.

The whole training sometimes goes out the window once cars and people appear in your dog’s line of sight. Changing the environment like this makes it so that your dog learns to pay attention to you and not other external factors. It is also important to practice in a safe area before attempting it in public spaces.

A good deal of dedication, time, and steadfastness goes into learning how to catch a dog that doesn’t want to be caught. Don’t feel frustrated if it takes a while as not all dogs learn the same and it takes patience.

Nothing will be more rewarding than when your dog will come on command for the first time. All the effort is worth it in the end and will ensure a happy relationship between dog and owner. In the future knowing how to catch a stray dog might make someone else happy for the rescue.

Read more about: Training A Dachshund Not To Bark Quickly and Easily

Last Updated on June 24, 2021 by Marco There are hundreds of dog breeds and some of their names can be confusing – the … Read More

Last Updated on July 13, 2021 by Marco If you’re looking for a small, loyal, lively, and social pup to keep you company, take … Read More 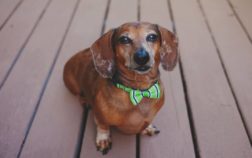 Last Updated on January 17, 2022 by Marco As a doxie owner, you may be wondering how to tell if your dachshund is miniature … Read More