One of the many joys of having a dog is all the tricks you can teach it. So, here’s how to make a dog roll over in 9 quick and easy steps. Teaching your dog to roll over can feel complicated at first but it’s a simple step-by-step process like anything else. Granted, there are a few other things you’ll need to do first. However, once you get the hang of it and establish a rapport with your pooch, everything should become much easier.

How To Make A Dog Roll Over?

Virtually any dog can be taught this trick but smarter breeds like the dachshund will do so quicker than others. In many cases, you won’t even need to teach your dog anything else beforehand or even need to know the dog personally – it’s that intuitive of a trick.

Still, to maximize your success, there are a few things you’d want to do first:

If you’re past these three milestones, learning how to make a dog roll over should be no problem at all.

So, Here’s Our 9-step Process: 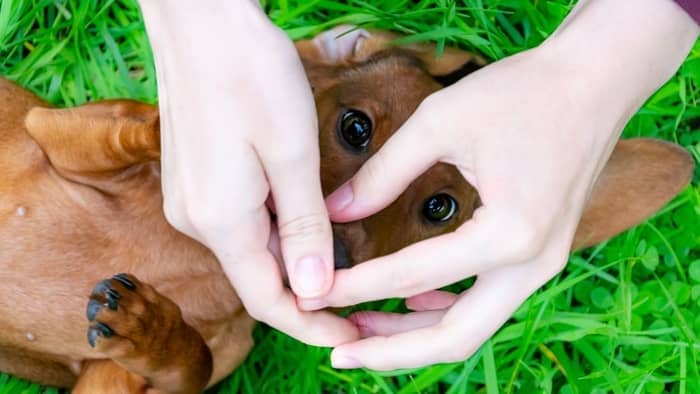 Learn more about: The Difference Between Doxin and Dachshund – Are There Any?

And that’s about it – your dog has completed its first 360o roll! Try and repeat the process but this time keep saying “Roll over” to make the dog associate the exercise with the phrase. Keep enticing your pooch with treats and pets too.

Eventually, you’ll be able to make your dog roll over without a treat and just by saying “Roll over”. Your pooch will still expect a treat at the end of the move, of course. While you can’t keep giving the dog treats every single time, you should still reward the dog with pets, praises, and the occasional treat every once in a while.

What If My Dog Doesn’t Want To Roll Over?

If your dog is stopping at any point in the process, don’t worry – that’s normal. Just repeat the initial steps your dog is getting right and keep offering a treat for the next step until the dog gets it. You can start introducing the “Roll over” phrase even if the move isn’t performed at 100% yet.

How To Make A Dog Roll Over With A Clicker?

Teaching a dog to roll over with a clicker isn’t any different than doing so with a phrase – just use a clicker at the start and end of the exercise. A clicker will only help if your dog is already used to the clicker because of other tricks you’ve done together. If you’re thinking of introducing a clicker for this exercise alone, that really shouldn’t be necessary – the “Roll over” verbal cue should be enough together with the treat.

How To Teach A Puppy To Roll Over Without Teaching Any Other Commands Beforehand?

Even if you haven’t taught your dog the “Sit down” or “Lay down” commands, it’s still possible to get the “Roll over” trick done. You should just practice it when the dog has laid down on its own. If you want to try and teach a dog to roll down from a standing position, however, that won’t work.

Why Bother Teaching Your Dog To Roll Over?

The “Roll over” trick isn’t a part of a dog’s obedience training routine and doesn’t have any inherent benefit other than fun. It is a good bonding exercise though as it’s something both you and your dog can enjoy together.

Why Does My Dog Hate Rolling Over?

If your dog actively refuses to roll over it may be due to some physical problem in the dog’s back or shoulders. This is not unlikely in breeds like the dachshund who tend to have back problems from time to time.

Alternatively, the dog may have trust issues or just feel uncomfortable at the moment.

Can Rolling Over Hurt A Dog’s Back?

The rolling over-exercise itself is very unlikely to cause any damage to your dog’s back. Something like that is imaginable only if the dog already has some back issues. If you’re making those worse by overdoing the exercise again and again on rough terrain. Other than that, it should be perfectly harmless.

Is It Bad For Dogs To Roll Over?

Training dogs to roll over is not bad at all. Not if the dog is healthy and if you’re not going too far with the treats. Then, there should be nothing wrong with the occasional roll overtrick.

Learn more about: Do Dachshunds Like To Swim and Are They Good At It?
how to make a dog roll overhow to teach a puppy to roll overtraining dogs to roll over
Share Pin Tweet 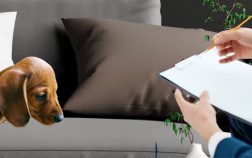 Last Updated on January 17, 2022 by Fabiola L. Few conditions are as disastrous and painful to deal with as dementia. Here, we’ll go … Read More 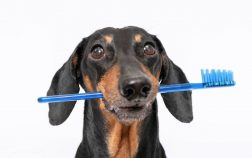 Last Updated on September 12, 2021 by Marco Taking care of your dog’s health and grooming needs is vital if you want a healthy … Read More