What Is The Long Haired Dachshund Personality?

It’s the personality of a dachshund, quite simply put. Yes, long-haired dachshunds do have a few slight differences but they are dachshunds through and through at the end of the day. So, if you’re expecting an entirely different breed – don’t.

How Is The Long Haired Dachshund Personality Different From Other Doxie Coat Types?

Long-haired Doxies have soft and wavy coats and, coincidentally, their temperament is also believed to be a bit softer than that of their wire and smooth haired cousins. To expand a bit on that, however, here are the 5 main differences in the long-haired dachshund personality you can expect to see: 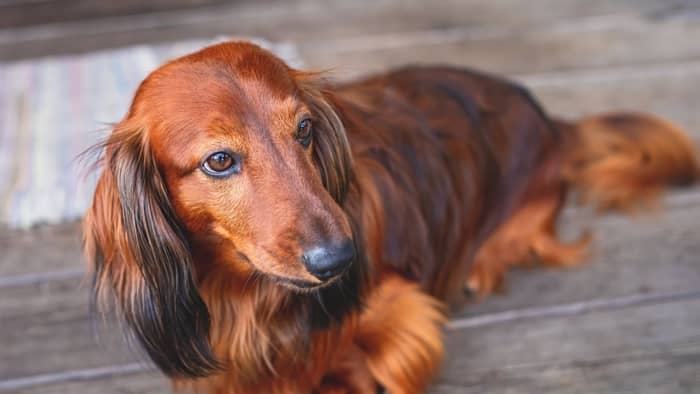 All this sounds like a major difference and it sometimes could be but it usually isn’t. In fact, as there’s no empirical and objective way to quantify temperamental characteristics, all five of the above “differences” are just the beliefs and opinions of dachshund owners, nothing more.

Add to that the individual differences each dog has even in the same litter, and to say that “every long-haired dachshund is always calmer than a smooth or wire-haired dachshund” is just not correct. Overall – sure, maybe. But it’s not that major of a difference.

So, if you think that a long-haired dachshund won’t need socialization cause it’s naturally more social or that it won’t need obedience training as it’s calmer – that’d be a mistake.

Why Is The Long Haired Dachshund Personality Different?

The same reason why dachshunds have three distinct coat types is why they have different personalities – each coat type was made by mixing different breeds. Or, rather – the original smooth-haired dachshund type was later mixed with additional dogs to produce the two newer varieties – long and wire-haired dachshunds.

And since spaniels tend to have a softer and calmer personality than the traditionally willful and obstinate smooth-haired dachshund, some of that softness transferred over to the long-haired Doxie. Similarly, as they have a bit of terrier in them, wire-haired dachshunds tend to be extra rowdy, mischievous, and playful.

Should This Slight Difference Inform Your Choice Of Pet?

It should, in part. But relying just on that likely won’t be enough. While there do seem to be differences between the smooth, wire, and long-haired dachshund personality traits, they are neither guaranteed nor all that significant. Dachshunds are individualists, after all – more so than many other breeds.

So, if you want a Doxie with particular personality characteristics, it’s much more important to look at the pup’s litter and try to assess the pup’s personality based on its interactions with its siblings. Does the pup always get to its mother’s teats before its siblings or is it always last? Does it play a lot or is it more chill? Things like that can give you more information than the coat type of the dog.

But, going for a long-haired dachshund if you want a calmer and more chill Doxie isn’t a bad idea either. Just don’t rely solely on that.

Read more about: Wire Haired Dachshund Temperament – How Well-Mannered And Trainable Are They?

They are, especially if your family wants a mostly indoors, cute, and funny dog with a nice and mellow personality. Dachshunds, the long haired variety, in particular, are a nice middle ground between an energetic and playful breed and an overly passive “lap dog” breed. In that sense, they are a perfect family companion. They are still dachshunds, of course, so they can be a bit obstinant when it comes to training but that’s it.

Dachshunds are neither the loudest dog breed out there nor are they particularly quiet – they are very “middle of the road” in that regard. So, if you want an especially silent breed, you might want to look elsewhere. Or, you can just employ some basic obedience training and no-bark training, and teach your Doxie not to be too loud too. Plus, the calmer personality of long haired dachshunds compared to wire and smooth haired ones, makes them even less noisy.

Not at all, not unless you’ve skipped their socialization or you provoke them too much. All dachshunds in general are low on aggressive tendancies, and long haired dachshunds are believed to be even calmer than other dachshunds. As we said, however – you should not skip their socialization. Miss that part and a dachshund – even a long haired one – can become aggressive toward guests, strangers, other dogs, kids, etc. 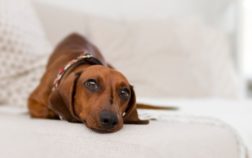 Last Updated on February 19, 2022 by Sam The Isabella Dachshund is a small dog with short, smooth fur and a long body. Its … Read More 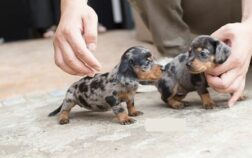 Last Updated on December 4, 2022 by Guillermina Did you know that there are many different sizes of dachshunds? Today we are going to … Read More 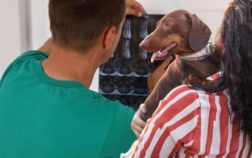 Last Updated on May 13, 2022 by Marco IVDD in dachshunds is a famous problem that many pet owners dread. So, let’s go over … Read More