Dachshunds often get a bad rep in terms of health, especially when they are of the mini variety. So, here are the 9 main miniature dachshund health issues you should know about. We’ll examine just how significant they really are, how they compare to standard dachshunds and other breeds, and how much of consideration they should be for your choice of pet.

Naturally, dachshunds can suffer from literally hundreds of different conditions. This sounds scary but it’s no different from any other breed or even humans, for that matter. What’s more important is which are the more common miniature dachshund health issues. Here are the 9 big ones to watch out for: 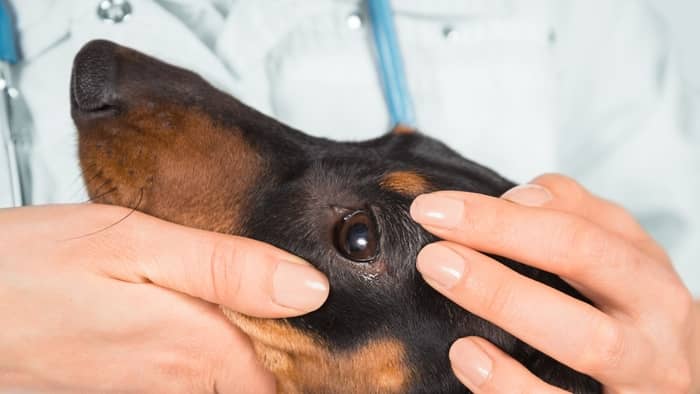 All in all, while this list seems scary, all of these issues can be avoided or largely mitigated with good care. Mini dachshunds are not more susceptible to health problems than standard dachshunds, aside from maybe direct physical trauma.

What Are The Average Annual Medical Expenses For Miniature Dachshund Health Issues?

There isn’t a specific price range we can point to as this is widely dependent on the country/state/city you live in as well as how well you care for your dog. Mini Doxies aren’t necessarily more sickly than other breeds if you give them good care so even a senior dog can live a long and healthy life with minimal or nonexistent health expenses on your part. That being said, if you have good pet health insurance options in your area, it’s worth talking with your vet about them.

A bit factor many people unfortunately ignore is where you get your dog from. People often quarrel about adoption vs buying but the more important question for us is getting healthy dogs and not sponsoring puppy mills. So, while adoption is obviously the superior moral choice, what’s crucial is that – even if you want to purchase a puppy – that you do so from a reputable breeder rather than a puppy mill.

The big benefit of that is that you’ll get a puppy that’s been bred in accordance with the best modern breeding practices and is devoid of most if not all hereditary health issues common in dachshunds. Do this, and you’ll both get a much healthier pup and you won’t be supporting the disastrous pet store & puppy mill industry that’s responsible for the millions of sickly dogs in people’s care and in dog shelters.

How Do You Know If A Dog Breeder Is “Reputable”?

Aside from reading reviews and consulting with experts, the other big tell-tell is whether the breeder is offering a health certificate for the pup. A good breeder will also offer certificates for the pup’s parents and will let you see both the parents and the pup’s whole litter for yourself. This guarantees the health of your dog and the reputation of the breeder. Of course, this usually comes at a steeper initial price but that’s worth it down the line due to drastically lower medical bills.

If you do want to adopt but you’re worried about the health of the dog you’re getting, you can still ask for some detailed health information. People are often under the assumption that adoption is a lottery – it’s exactly the opposite. Especially if you’re adopting an adult or senior dog, you can get very detailed health information and medical history that informs you about the dog’s potential future issues or lack thereof.

What Is The Average Lifespan Of A Miniature Dachshund?

The standard expected lifespan of mini Doxies is up to 16 years on average. It’s possible to go beyond that too with good food, good care, adequate exercise, and a bit of luck. This is a pretty great estimate, especially considering the reputation of a “sickly dog” Doxies often get.

So, Should You Avoid This Breed Because Of The Few Common Miniature Dachshund Health Issues?

Not really. If you want to avoid miniature dachshunds because of their health risks you might as well avoid all other dog breeds too. No dog is immune to health issues and miniature dachshunds are not that much more sickly than most others. The potential for back problems is the standout here but they are easy to avoid if you just keep your Doxie safe from physical trauma and overexertion.

Do mini Dachshunds have health problems?

Like any other dog breed, miniature dachshunds are not immune to diseases and other health issues. Despite the prevalent stigma surrounding both dachshunds and miniature breeds, however, mini Doxies are not as sickly as you might think. There are several things to watch out for such as Intervertebral Disc Disorder (IVDD), heart failure, cancer, and others.
However, such issues are not necessarily more common in miniature dachshunds than they are in standard dachshunds. Plus, most of them can either be mitigated or entirely avoided with good care. So, while mini dachshunds do have health problems like any other dog breed, those aren’t something that should necessarily deter you from getting such a dog.

What health issues do Dachshunds have?

Dachshunds, both standard and miniature, can suffer from most of the standard health problems other breeds have too – obesity, cancer, heart failure, cataracts, glaucoma, Progressive Retinal Atrophy (PRA), and others. Hip dysplasia is not as common as it is in other breeds but it can also happen.
You should also watch out for Lafora disease as we as some dachshund-specifics issues such as Intervertebral disc disease (IVDD) or Acanthosis Nigricans. IVDD isn’t exclusive to Doxies and can be found in other breeds such as the Corgi, however, it is most common in dachshund and is often associated with the breed.

Do Dachshunds get sick easily?

Depends on what type of “sickness” you’re talking about. Doxies are predisposed to back and skin problems more so than other breeds. They are also less tolerant to cold weather than many other breeds although they aren’t as sickly as small southern breeds like the Chihuahua. At the same time, however, there are many other health issues that are less common in dachshunds than they are in other breeds. Overall, dachshunds are a moderately healthy breed provided good food, care, and exercise.

How do I keep my mini Dachshund healthy?

The same principles of doggy health care that apply to other breeds are important for mini dachshunds too. Good food is absolutely essential as is good care, and regular but measured exercise. Routine vet visits are a must too. Something extra to look out for is that, like all small breeds, the mini Doxie can be fragile. So, keep your dog safe from physical trauma and back issues in particular by avoiding regular and significant jumps around the house. 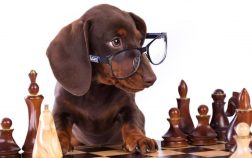 Last Updated on August 7, 2022 by admin Doxies are one bizarre breed. Cute, playful, and weird, they always get the attention they want. … Read More 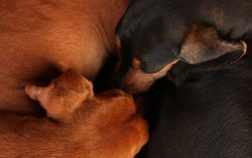 Last Updated on December 1, 2021 by Marco Doxies love to play around but they seem to love to sleep even more. This often … Read More

Last Updated on March 5, 2022 by Sam Dachshunds are small dogs that grow in length as they age. This is a common misconception, … Read More