The poodle and wiener dog mix is one of those adorable combinations that can come with traits from either parent but is always friendly and easily sociable. Also called a Doxiepoo, Doodle, Doxiedoodle, Dachdoodle, and pretty much any other combination you can think of.

Like most such mixes, the Doxiepoo isn’t recognized by most kennel clubs but that doesn’t stop people from loving this “designer breed”. We should also mention that a “true Doxiepoo” is a dog with a dachshund and poodle parents – not with two Doxiepoo parents. This is important to note as it allows you to more easily judge the personality of the pup.

Personality Traits Of The Poodle And Wiener Dog Mix

Why do most kennel clubs not recognize mixed breeds like the Doxiepoo? The main reason is that there isn’t much consistency in what personality traits the mixed pup will have. This isn’t much of a problem for the poodle and wiener dog mix, however, as the two-parent breeds share a lot of similar personality traits.

The end result for you is that almost all Doxiepoo pups are as affectionate, intelligent, and playful as a dachs or a poodle. Some variations are always possible, of course, as no two dogs are alike.

That’s why it’s important to always see the pup together with the rest of the litter. This way you can see how it interacts with its siblings and better assess its character. Taking a look at the parents themselves is also important as pups often get their personality from their parents.

The two main variations you can expect are these:

As both poodles and dachshunds have mid-to-high energy levels, you can expect your Doxiepoo to be the same. If the pup takes after its poodle parent it will be even more energetic but the difference isn’t that significant.

Overall, the dachshund poodle mix requires quite a bit of daily exercise but nothing too intense. Two half-hour walks per day or one major 1-hour walk are usually enough for this breed. Add some time in the yard plus several playtime sessions at home per day and your Doxiepoo will be happy and well-exercised. 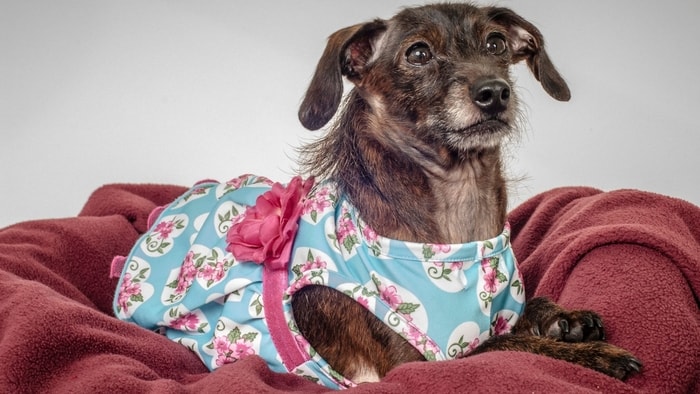 All mixed breeds have the potential to either inherit all the worst genetic predispositions of the parent breeds or none of them. With the Doxiepoo, the worst-case-scenario will mean that you can expect any of the following health issues:

The good news is that most of these are avoidable or can be mitigated with the right care. Furthermore, you should never skip routine vet check-ups so that you can always catch a potential problem immediately.

Besides, the good thing about mixed breeds is that they can have neither of these problems too. That’s why it’s important to always get a health certificate for both the pup and its parents. Any reputable breeder should always offer you detailed health certificates for all their dogs. If they refuse to do so – it’s best to look for a Doxiepoo elsewhere.

Physical Characteristics Of The Poodle And Wiener Dog Mix

As both the dachshund and the poodle can come in various coat types and sizes, so do the Doxiepoos. These mixed pups can be white, creamy, grey, black, brown, or any combination of the above.

A Doxiepoo’s hair type can also vary a lot – it can be short and coarse or longer and curlier. This will determine not just how your pup looks but how much grooming and brushing it needs too.

The Pros And Cons Of The Poodle And Wiener Dog Mix

Should You Get A Dachshund Mixed With Poodle?

All in all, the poodle and wiener dog mix is a breed that can be recommended to almost anyone. These dogs are phenomenal for more indoorsy-type people but will also love joining you for a hiking adventure once a week. They get along with everyone and are perfect for apartment living too. They can get a bit too competitive with other pets but a skilled dog owner can always train them to get along.

The Doxiepoo can get anxious and even depressed if left home alone for too long, however. This means that if you live alone and work away from home, this breed may be unsuitable for you. 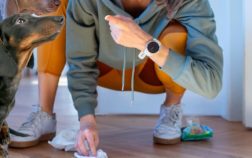 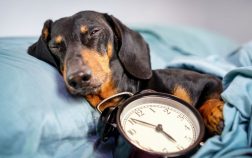 Last Updated on July 13, 2021 by Marco You may have heard that dachshunds live a long life – what exactly is the average … Read More 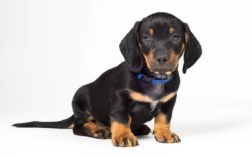 Last Updated on February 4, 2022 by Griselda M. The sit command is one of the most elementary ones any dog owner wants their … Read More