The dachshund is a favorite with dog owners and consequently smaller variations emerged, so picking a dachshund might come down to rabbit dachshund vs mini. The most recognizable types of dachshunds are the standard and the miniature, but there are, obviously exceptions. So what is a Dachshund rabbit?

The dachshund is a hunting breed, first used in Germany as a badger hunter from which it gets its name. Dachshund is a name derived from the German words for badger and hound, to denote what it was bred for.

The smaller versions of mini and rabbit are best for hunting smaller vermin like wild mice and rabbits. All dachshund types have the same distinctive long bodies, the better to borrow in tight spaces after prey. The tenacious and courageous personality is one feature encountered throughout the breed. 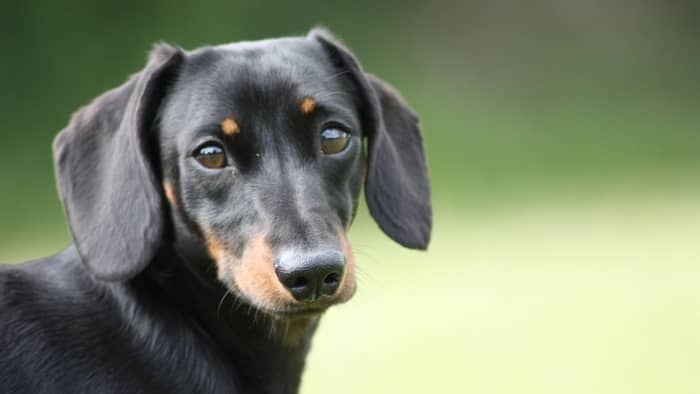 As the name suggests, a rabbit dachshund is smaller, but what size is a rabbit Dachshund? As opposed to how the AKC regards official breeds, the FCI breed standard doesn’t take height into consideration. Alternatively, the FCI distinguishes between the chest size of a rabbit and a mini dachshund at the age of 15 months.

Both miniature dachshund and rabbit dachshund have three distinct coat types. Wire-haired Doxies have a thick coat with coarse and wiry outer edges. This type of hair also has an undercoat and comes with thick eyebrows and a beard.

A smooth-haired variety of dachshunds’ hair displays a short, compact, and shiny fur. The hair can be a little longer on the belly. The most luxurious hair type is the long-haired variety which has a sleek appearance. Longer hair is usually wavy but it shouldn’t be curly. At the ears, belly, and chest, the hair grows longer. There shouldn’t be a part in the hair on the back.

As for coat coloration, the rabbit dachshund displays much the same colors as the standard and mini. These colors include chocolate, red, cream, blue, isabella or fawn, black and tan.

How Did The Rabbit Dachshund Come To Be?

Even though initially standard dachshunds were bred to be hunters, mainly of badgers, the smaller game was harder to catch. Especially since these dogs had to borrow in after their prey which could be way smaller than the dog. In these cases the smaller the dog the greater the hunter would be.

Originally, hunters would pick the smallest dachshund pups from a litter for this, but it wasn’t efficient enough. As a solution, crossbreeding was the next solution. The standard dachshund was crossed with toy terriers and pinchers, resulting in the mini dachshund.

These miniature dachshunds, however, are lacking in the necessary hunting qualities that the original standard type had. To adjust this, breeders took up the far slower process of selective breeding. In the end, they achieved a good hunting dachshund of smaller stature.

This selective breeding set out a goal to make smaller dachshunds with each generation. Thus rabbit dachshunds came to be, which they are also referred to as toy dachshunds. Even if many kennels clubs don’t recognize them as official, the designer aspect of the rabbit dachshunds still appeals.

When it comes to dachshunds in general, don’t let their size fool you. They may be small, the rabbit version most notably, but they have very brave and independent personalities. The confrontational aspects of a dachshund’s temperament come from the hunting background, as they are bred to leap at prey.

This could mean they make excellent watchdogs and defend their territory fiercely. In doing so, the barking will enunciate how vocal a dachshund can get. Pairing a small dog with hunting tendencies and other small pets like hamsters and guinea pigs should be done cautiously.

These smaller animals are what they were bred to hunt after all. There is also the tendency to dig, which is very common for a dog that was to go after prey underground. Expect to find holes if you leave a rabbit dachshund in the yard unsupervised. 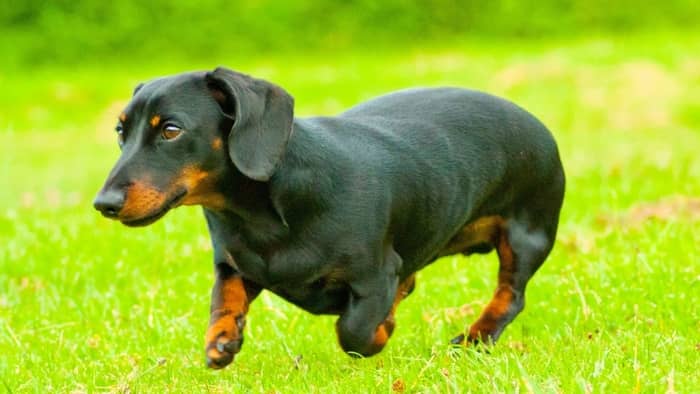 The lively rabbit dachshund is quite a charming breed and the playful, curious personality complements their small frame. Their small bodies do not mean they don’t need exercise and playtime. As hunting dogs, they can be very energetic and have pray dives, which needs to be controlled with regular exercise.

What is a Dachshund rabbit?

What size is a rabbit Dachshund? 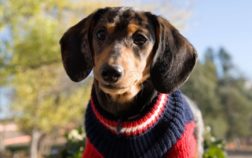 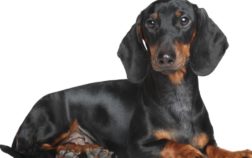 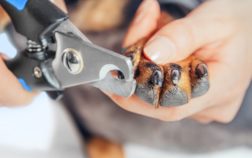 Last Updated on January 19, 2022 by Sam Dachshund nails are a common problem for owners of long-legged dachshunds. If your pet has trouble … Read More