It’s common knowledge that dog noses should be moist when they are healthy. So, what does it mean if your dog’s nose is dry, and is it serious? Are dog noses really moist all the time or is it normal for them to dry up sometimes? As a rule of thumb, you should contact your vet whenever you suspect a health problem but is a dry nose that significant of a symptom? Let’s go over the different possible explanations below.

What Does It Mean If Your Dog’s Nose Is Dry?

If you see a dog nose dry, that is something you should pay attention to. However, it’s rarely as much of a major symptom as you may have been led to believe. The fact of the matter is that every dog has a dry nose from time to time and that’s perfectly normal. The trick here is to know what does it mean if your dog’s nose is dry – when it is a problem, and when it isn’t. So, let’s go over the various possible explanations.

Harmless Reasons For Why My Dog Has A Dry Nose

There are lots of everyday situations that can – and often do – lead to a dog’s dry nose. So, if you’re going to jump up and panic when your dog’s nose is dry, you might as well do that on a daily basis. Here are the most common harmless reasons why your dog’s nose might be dry: 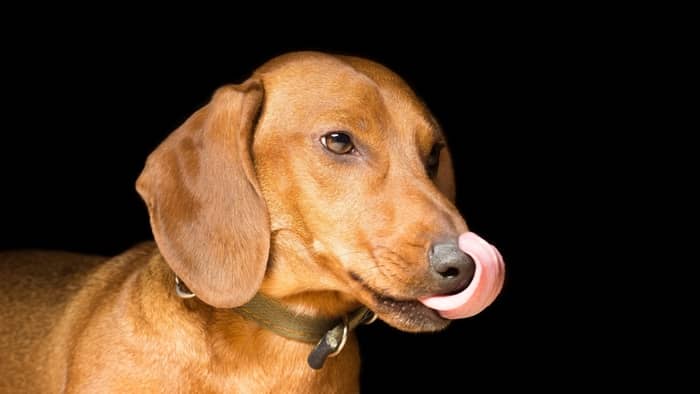 Learn more about: The Difference Between Doxin and Dachshund – Are There Any?

Problematic Reasons For Why My Dog Has A Dry Nose

Of course, all of the above doesn’t mean that you should ignore your dog’s dry nose completely. If you notice that your dog has a drier nose more often than usual, if none of the above causes seem likely, or if you notice any other symptoms – that can be a sign of trouble. Here are some of the common conditions to watch out for:

Can Sick Dogs Have Wet Noses?

Indeed they can. There are countless health problems that don’t affect the wetness of your dog’s nose one bit. So, you really can’t use your dog’s nose as a barometer for its health.

Why Do Dogs Even Have Wet Noses?

If you’re wondering why dogs’ noses are as wet as they are, the reason is very simple – to help them sense smells better. A wet surface captures and retains more scent particles from the air, allowing the dog to more easily notice even the faintest of smells. Dogs can even sense the taste of what they smell thanks to a special olfactory organ in their noses called the Jacobson’s organ or the Vomeronasal organ.

When you think about it, human’s noses are wet too, but just on the inside. We too have mucus-producing glands in our noses that serve the same function. In dogs’ cases, these glands just work on the outside too. And, if your dog’s nose starts getting dry, the dog will even lick it to both moisturize and clean it.

So, What Does It Mean If Your Dog’s Nose Is Dry and What Can You Do About It?

Most of the time a dog’s dry nose is just that – a dry nose. If some water and a few nose licks don’t fix it, however, you may want to call your vet just in case. Your vet should know your dog’s personal health history and risks, and will give you the best possible advice for your situation.

Read more about: 16 Awesome Floppy Ear Dog Breeds
dog nose drydog's nose is dry and crackedmy dog has a dry nosewhat does it mean if your dog's nose is dry
Share Pin Tweet

Last Updated on February 16, 2022 by Marco Double dapples are one of the most controversial Doxie sub-types. So, let’s go over the double … Read More 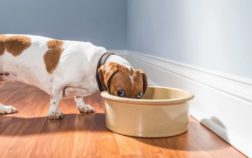 Last Updated on January 15, 2022 by Marco Once your Doxie passes the 6-year mark you ought to start wondering what is the best … Read More 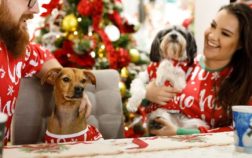 Last Updated on March 19, 2022 by Marco Is your dog getting cold at night? Do the dog bed & blanket seem insufficient for … Read More