It’s an unfortunate reality of dog breeding that unique-looking dogs are often unhealthy. Such is the case with one type of dachshund. So, what is a double dapple dachshund, and what are the major health risks of these dogs?

You may have seen some fascinating full-white Doxies walking around. Or, you may have heard about “double dapples” not knowing what those are. Simply put, these are Doxies with a unique genetic trait or mutation that gives them white coat spots or fully white coats. To find out exactly what this means for the dog, whether you should want to get such a Doxie, and why they are so rare – we’ve explored all those and other key questions below.

What Is A Double Dapple Dachshund?

So, as a result, not all dapple or double dapple dachshunds are fully white. Most will just have white markings on their bodies with the rest of their fur having a “normal” dachshund color such as brown or black. Most of the time these white markings will be around the neck, on the tail or the paws, or on the nose.

In fact, if you don’t know how a dachshund normally looks, a dapple or double dapple dachshund can look pretty normal. Many dog breeds have white markings on the nose or chest, after all.

However, Doxies don’t typically have such white marks. Additionally, double dapples can have overwhelmingly many white marks on their bodies up to 80% or even fully white. More crucially, when more than 75%-80% of the dachshund’s body is white, this indicates a lot of major health risks that we’ll list below.

The dappled effect on some dachshunds is caused by their “dapple gene”, also called the “merle gene”. This is a dominant “M” gene which means that it can be more easily passed. Whereas with recessive genes both parents must have it for it to be passed on, with dominant genes even just one parent with it is enough to pass it to all its children.

So, this would indicate that dapple dachshunds should actually be quite numerous. If their gene is dominant and spreads easily, why aren’t more dachshunds dapple?

Still, single dapple dachshunds can be found if you want one, they are not that rare.

Additionally, even if your double dapple Doxie doesn’t go completely blind or deaf, there’s also the risk for “just” significantly reduced eyesight and hearing. Neither of these problems is present in single dapple dachshunds and normal Doxies. And, of course, double dapples still have all the standard health risks that any other dachshund can have too. 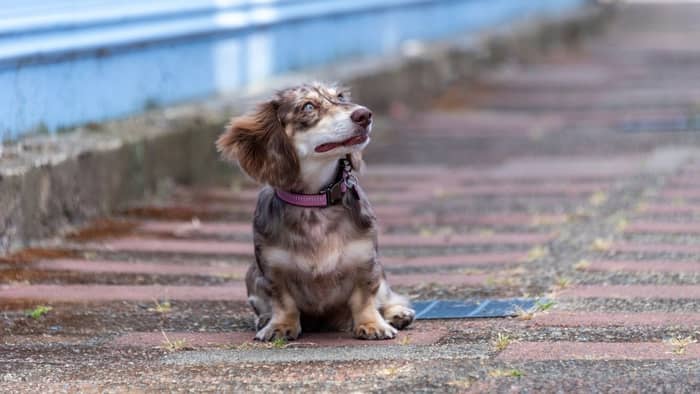 Knowing what is a double dapple dachshund isn’t the be-all-end-all of Doxies with white markings. There is a whole other type of dachshund with atypical white spots on its coat – the piebald dachshund.

Unlike the two dapples, the piebald color pattern is caused by an entirely different gene – the piebald recessive gene also known as the White Spitting gene or the S locus.

As you’d guess from its name, this gene is recessive. This means that both parents need to have it for their offspring to get it as well. So, the piebald gene is naturally rare. You won’t see many such dogs not because breeders are hesitant to breed them but simply because breeding them is complicated.

And, fortunately, piebalds don’t have the same health issues as double dapple dachshunds. They do have a slightly elevated risk of deafness compared to standard (and single dapple) dachshunds. But it’s not nearly as significant as the risk of double dapples. 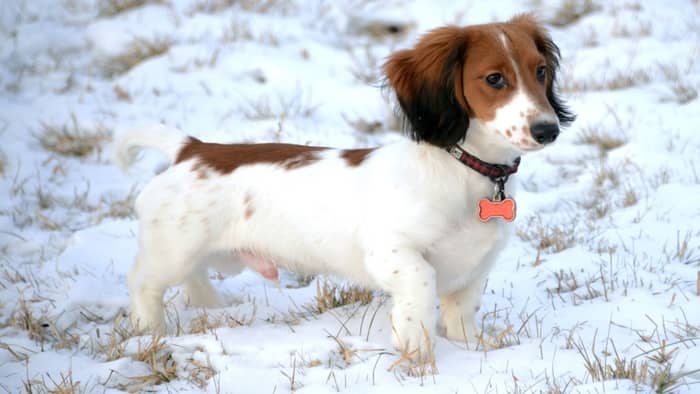 Additionally, it should be noted that dapples and piebalds don’t look exactly the same. Piebald dachshunds will typically have more, larger, and more symmetrical white spots. Also, piebalds always have brown eyes while dapples and double dapples can have blue or hazel eyes.

Single dapple dachshunds are sometimes bred intentionally as they do look pretty and don’t have any additional health problems. Besides, many dog owners breed them “unofficially” anyway.

Double dapple dachshund breeding, on the other hand, is very frowned upon. Breeders are strongly discouraged from breeding dapple couples and dapple owners should be wary of that as well. As pretty as these dogs are, they just have too many and too major health problems.

How Can You Be Certain You Aren’t Been Given/Sold A Double Dapple Dachshund?

If you are worried that you may be offered a double dapple Doxie, always ask for a genetic test and/or a health and hereditary certificate. Even if the Doxie doesn’t have that many white spots and looks like a single dapple, it’s still worth it to know what you’re dealing with.

Besides, remember that a partly white Doxie can also be a piebald. Fortunately, the piebald coat pattern is easy to tell apart from the dapple one. That is unless you’ve got a piebald/dapple cross.

In short – you don’t need to stray from dachshunds with white spots as most of them will be perfectly healthy. Just get a gene test to see if they are a double dapple or not.

Last Updated on November 2, 2021 by Marco Doxies may not be the strongest or fastest dog breeds but they still love and deserve … Read More 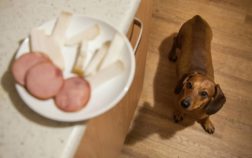 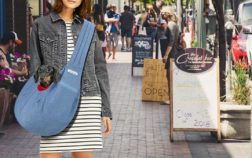 Last Updated on February 16, 2022 by Marco Doxies sometimes need help moving around, be it out of tiredness or due to back issues. … Read More