Doxies can live for quite some time but they also come in different types and sizes. So, what is the life expectancy of long haired dachshund dogs? Does it differ from that of short (smooth) or wire-haired dachshunds? How about other dog breeds? Also, what exactly are the health issues that can affect your dog’s lifespan and what can you do about them?

What Is The Standard Life Expectancy Of Long Haired Dachshund Dogs?

The average expected lifespan of a purebred long-haired dachshund is 12 to 15 or 16 years on average. It can surpass that, of course, if the dog is healthy and you take good care of it.

Is The Standard Life Expectancy Of Long Haired Dachshund Dogs Different From Other Dachshunds and Other Dog Breeds?

While that’s true, the life expectancy of long-haired dachshund dogs is still not particularly different from that of short and wire-haired dachshunds. All three coat types tend to live somewhere between 12 and 15 years on average or more with good care.

The more deciding factor is whether the dachshund is standard (bigger) or miniature as the latter tend to have a slightly longer lifespan by about a year on average due to their smaller size.

As for a comparison with other breeds – the dachshund has a pretty good lifespan compared to larger breeds and a similar lifespan to other small/medium breeds.

What Health Risks Might Affect The Life Expectancy Of Long Haired Dachshund Dogs?

Dachshunds are a relatively healthy breed with a long average lifespan but that doesn’t mean they are immune to health issues. In fact, there are a large plethora of potential health issues you’re going to have to watch out for to keep your dachshund safe whether it’s long-haired or not. Here are the main examples: 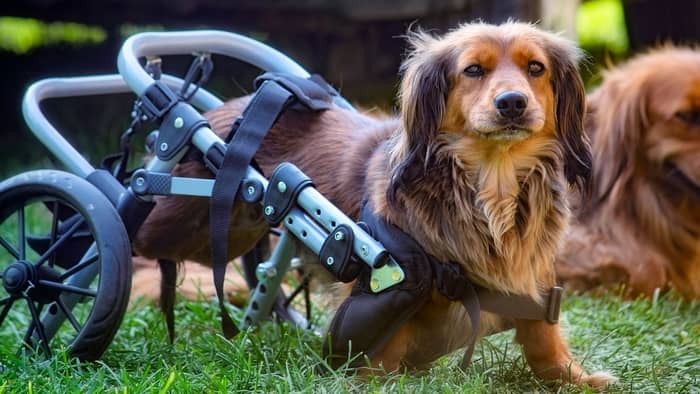 Fortunately, most of those are not immediately life-threatening. Instead, they tend to be slow-acting, preventable, and treatable. Many, such as IVDD or Acanthosis Nigricans can lower your dog’s quality of life if left untreated but are easy to manage if you simply don’t neglect your pet.

Of course, any such issue can become life-threatening over time if you just ignore it. However, the issues that most often lead to dachshund death are cancer, heart failure, and neurological disorders such as Lafora disease. Unlike the skin and back problems Doxies tend to have, these are not just something you can fix with an ointment or physical therapy. So, watch out for those in particular, especially as your dog gets to a more advanced age.

Read more about: What Does A Long Haired Dachshund Look Like?

So, The Life Expectancy Of Long Haired Dachshund Dogs – How To Prolong It As Much As Possible?

As usual, the steps to make sure your dog lives as long as possible are quite simple:

Following these steps is the simplest way to make sure that your dachshund lives a long and happy life.

What do Dachshunds usually die from?

Like all pet dogs, dachshunds typically die of “old age”. This, of course, isn’t a condition in and of itself, however. So, what are the actual health problems that dachshunds experience in old age and often can’t shake?
The three big ones are heart failure, neurological diseases such as Lafora disease, and cancer. So, the type of issues that plague people in old age too. Many of the other more common health problems we usually associate with dachshunds such as skin issues or back pain from IVDD – those are unfortunate and can drastically reduce your dog’s quality of life. However, for them to become life-threatening you have to actively neglect the care your dog needs. So, they rarely lead to death.

How do you know if your Dachshund is dying?

When a dog dies of old age, it’s usually caused by slow-acting internal health conditions such as a neurological disease or cancer. Even heart failure, another common cause of dachshund death, while sudden at the moment it happens has rather obvious symptoms that precede it. So, how can you tell that your aging dachshund is unwell and may not be long for this world anymore?
Without going into the symptoms of each particular health issue separately, here are the main things to watch out for:
• A significant loss of appetite
• Lack of interest in previously favored experiences and activities
• Noticeable physical discomfort and pain
• Less or no self-grooming
• Distinct lack of mobility
Of course, these can be signs of various issues and not just of a terminal illness. Maybe your dog is just depressed over something? However, if any or a few of those are noticeable in an aging dog, consulting with your vet as soon as possible is strongly recommended.

Do dogs know when there dying?

It’s often difficult to figure out what dogs know and don’t know because of the “communication barriers” between us. What we do know is that dogs definitely seem to change their behavior when they are unwell and especially so when they are on death’s door. Is this just a reaction to the physical discomfort, however, or are dogs aware of exactly what’s happening?
While it’s tempting to anthropomorphize, we should try to not project our human thoughts and feelings on dogs. Just because a dog acts in a way you’d expect from a human, that doesn’t mean that the thought or feeling behind the act is the same.
Additionally, dogs’ behaviors can differ from one another near death. Some become more clingy, others – more distant. Some become passive, others – irritable and vocal. That’s likely just due to the individual differences between dogs with different personalities.
Still, such reactions do seem to usually be much more pronounced when the dog is near death than when it’s just having some minor health problems in its midlife.

Last Updated on January 17, 2022 by Fabiola L. The long backs of dachshunds are undeniably adorable. Unfortunately, they can get hurt quite easily … Read More 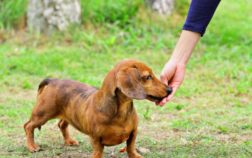 Last Updated on March 14, 2022 by Sam A dachshund is a short-legged hound dog with long hair and an elongated body. They are … Read More 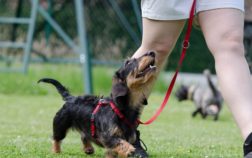 Last Updated on March 24, 2022 by Sam The dachshund is a small, short-legged hound that has existed for centuries. Despite its popularity in … Read More