What Exactly Are English Cream Dachshunds?

The English cream dachshund isn’t a crossbreed or anything like that. Instead, it’s a purebred dachshund that simply has a unique gene that causes a gorgeous cream coat color. This gene is very rare and can be easily lost when mixed with other non-cream dachs variants.

That’s why breeding cream dachshunds is very difficult. Breeders have to both preserve the cream gene by not crossbreeding these Doxies with other dachshunds and they also have to avoid inbreeding. Only certain English breeding kennels have managed to do that successfully and consistently over the years which is why the breed is dubbed “English cream dachshund”. 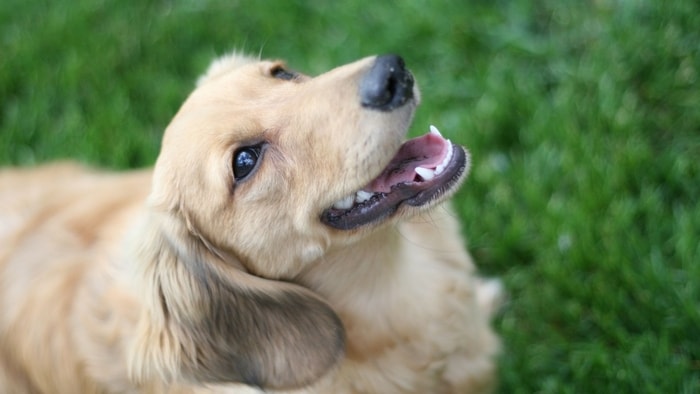 Read more about: English Cream Dachshund Temperament- What Makes It The Best Companion

When talking about the English cream dachshund, there are generally 2-3 different sub-types people think of.

These dogs have no darker pigment on the tips of their hair because they are genetically incapable of producing such color – this is what makes their coats special. The EE dachs have been getting increasingly popular in recent years. At the same time, however, breeders are struggling to produce higher quantities of this breed because it’s difficult to breed pure EE dachs without inbreeding them or mixing them with non-English dachs varieties.

This breed’s eyes also look a bit darker too – almost as if the dog has used eyeliner. Another major difference is that Shaded cream dachs are born even darker and they brighten up with time – the reverse to what EE dachs do

While this definitely isn’t recognized as an official type of cream dachshund, it is worth noting that there are a lot of non-English dachshunds out there that still carry the cream gene in them. They tend to be mixed with other dachs and dog breeds, however, so they are not purebred.  Only the dogs bred by English breeders have a preserved cream dachs lineage.

However, if you do find a “creamy” dachs somewhere that doesn’t have the official “English cream dachshund” title, nothing’s stopping you from adopting or purchasing such a beautiful pet anyway.

What About The American Cream Dachshund?

These dogs are a separate sub-breed from the above but are worth a mention to avoid confusion. Similar to their English cousins, American cream dachshunds have a light creamy color but theirs is due to a different gene altogether. That’s why their coat is a bit different too – American cream dachs have more reddish overtones than English ones.

We won’t go into detail about them here as they are a separate breed. Just note that American cream dachshunds are not what we mean when we talk about non-pure English cream dachshunds.

What Is The English Cream Dachshund Price Compared To Standard Dachshund?

The English cream dachshund price tag is the highest of all Doxie breeds. Prices change constantly so it’s difficult to point to a particular figure but the average price for a standard Doxie in the US ranges between $400 and $1,100. You can find more expensive ones too but you can also adopt dachs puppies for as little as $100 or even for free from a local shelter.

Why Are English Cream Dachshunds So Much More Expensive?

It all comes down to rarity. There just aren’t enough of these pups to go around. And it isn’t an artificially maintained rarity as it is in the diamond industry, for example. English cream dachshunds just can’t be bred at higher rates if we don’t want to be left with a bunch of inbred and sickly puppies and a dead-end bloodline. So, the English cream dachshund price will likely always be significantly higher than that of any other Doxie.

Does This Higher Price Entail Any Drawbacks?

English cream dachshunds don’t have any genetic or health setbacks compared to other Doxies. For all intents and purposes, they are the same dogs, just with a lighter color.

You should remember to always ask for health certificates, however. Working with a reputable breeder is key when it comes to designer dog breeds. A breeder who doesn’t adhere to adequate breeding standards (usually for the sake of maximizing production) can end up with a lot of inbred and sickly puppies.

Is The English Cream Dachshund Price “Worth It”?

As expensive as $2,000-$5,000 is, we should remember that the main cost of owning a dog comes from food and vet care. Dachshunds live up to ~15 years on average and often reach 17, 18, or even 20 years of age. Add up all the food, toys, tools, and vet bills in that time and you’ll end up with a price tag that’s far greater than the initial English cream dachshund price.

In that sense – yes, it’s worth it if you like the breed and you’ve found the right pup for you.

On the other hand, there are countless phenomenal non-cream regular Doxies in shelters all across the world. Why pay thousands of dollars for a dog when you can save a distressed Doxie puppy from a shelter for free? At the end of the day, it’s all a matter of personal preferences. 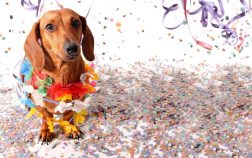 Last Updated on October 18, 2021 by Marco Doxies are one of the most popular pet breeds in the world. So, it’s only logical … Read More 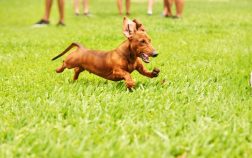 Last Updated on June 15, 2021 by Marco Are you thinking of getting a dog but don’t know which breeds are hypoallergenic? Do you … Read More

Last Updated on August 7, 2021 by Marco If you want a family pet that’s tiny, absurdly energetic, very joyous, and kind of a … Read More