Crossbreeds are always interesting but few are similar to a lab mixed with dachshund – a peculiar and wonderful combination! This crossbreed has as many names as it has fascinating traits. It’s often called a Dachsador, a Doxador, Doxidor, or even Wienerdor. Labshund also exists as a term and we honestly don’t know why it isn’t more popular.

So, what do you need to know about the dachshund lab mix? Does this cross make for a good pet, does it have any notable health risks and problems, and, most importantly – how is it even a thing?

What Does A Lab Mixed With Dachshund Look Like?

The Doxidor is a mid-sized breed that usually averages between 15 and 25 inches of height (38 to 63 cm) and 30 to 40 pounds of weight (14 to 18 kg). This is a bit above the average between the standard dachshund and Labrador breeds. The reason it’s not the exact average is that only the largest male doxies can mate with a female lab.

Here’s a lab and dachshund height chart for reference:

As for this mix’s other physical characteristics – these dogs are usually chocolate, brown, yellow, or black in color. The coat can be either short or long, depending on the parents’ coats. Daily brushings are usually needed either way. 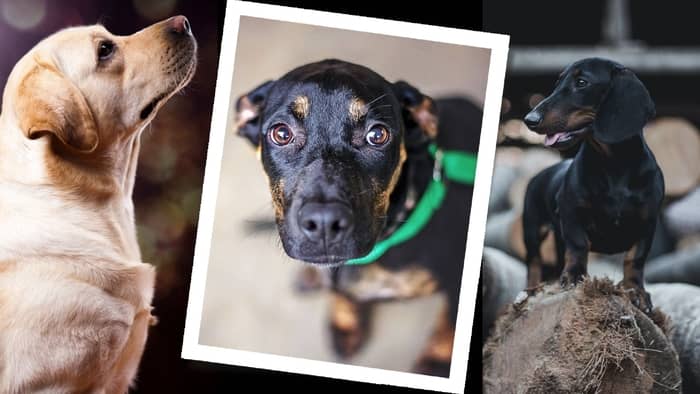 How Is The Doxidor Cross Even Possible?

As with any other cross between a larger and a smaller breed, the key point is that the female has to be of the larger breed. This isn’t just in order to make the copulation easier but more so for the birthing process. If you are to force a female Doxie to give birth to a pup that’s almost as large as a Labrador then that Doxie will be in a lot of trouble.

The next obvious point is that the female lab needs to be on the smaller end of its average spectrum and the male dachs – on the taller side of things. Unfortunately, the average dachshund is more than two times smaller than the average Labrador. So, only atypically large male dachshunds are used for breeding.

Alternatively, artificial insemination is also an option. But even then the female dog has to be a lab.

The Labshund mix is a very lively, social, and friendly breed. As both Labradors and dachshunds are highly intelligent, so is their mutual offspring. One difference between the two parent breeds is that Labradors are people-pleasers while Doxies are more willful and self-minded. So, the lab and dachs mix can go either way. Still, with proper obedience training, you should be able to teach a Doxidor to do anything you want.

One drawback that comes from this breed’s high intelligence is its tendency toward separation anxiety. This is normal for most intelligent dogs so be wary if you work out of the home.

This breed is also great with children although adult supervision is avised if either the child or the pup is too small. As for other pets – dachshunds don’t get too well with other dogs but Labradors do so your Doxidor can either get along with other dogs or not – you’ll have to test it for yourself.

How Much Exercise Do Labrador Dachshund Mix Puppies Need?

A lab mixed with dachshund will have average to above-average physical needs. Two daily walks of at least half an hour are a must. If your Doxidor takes more from its Labrador parent then even more outdoor time will be necessary. Having a well-fenced yard really is a must. Both Labradors and Doxies are prone to becoming obese so you should really give your Doxidor enough exercise.

Labradors and dachshunds are relatively healthy animals but they do have a few common conditions they can give to their Labshund mix. These include:

None of these is guaranteed to befall your Doxidor nor are you guaranteed to avoid them. Luck plays a big role here but proper care and maintenance are also key. If you feed your pup well if you give it regular and low-impact exercise, and if you don’t skip on the routine vet check-ups (preferably twice a year), everything should be fine and you’ll be looking at 12 to 14 years of a happy canine life.

To further maximize your chances you’d also want to get your pup from a reputable breeder. Such breeders always breed their dogs responsibly and do their best to avoid any negative genetic predispositions in their dogs. A reputable breeder should always offer you a health certificate for your future pup and for its parents.

Is A Lab Mixed With Dachshund Right For You?

All in all, Doxidor dogs are a great middle-of-the-road breed. Mid-sized, healthy, and average exercise needs, these pups are also highly intelligent, social, and playful. The only deal-breaker when it comes to these dogs is how often you’re going to be around. If you plan to be out of home for 8-12 hours a day every day then the Doxidor’s separation anxiety is going to kick in and you’re going to have a deeply unhappy dog on your hands. 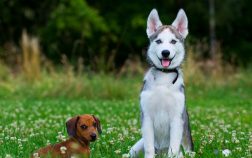 Last Updated on June 24, 2021 by Marco If you’re looking for an adorable and unique dog that comes with quite a character, we’re … Read More 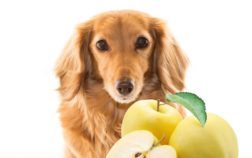 Last Updated on March 22, 2022 by Marco Caring for a dog implies dietary needs, and we find certain foods that are toxic to … Read More 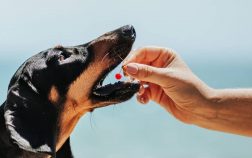 Last Updated on December 11, 2021 by Griselda M. Figuring out what dogs can and cannot eat can be a long process. For example, … Read More